Today at a press conference in Paris, Modern Rock legends Depeche Mode announced European dates for the 2013 worldwide tour, as well as some details about their as yet unnamed new album.  The tour will kick off in at Tel Aviv in Israel in May with 31 dates already set, though North American shows have yet to be detailed.

Full details can be found on the official DepecheMode.com site: 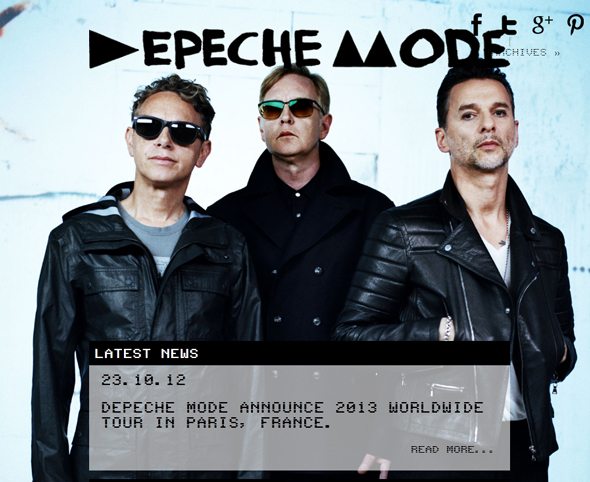 Here is a recap of the cities, dates, and venues as of the time of this writing:

Rock Subculture Journal will be covering the shows in Hungary, Croatia, Slovakia, and the United Kingdom.

Depeche Mode actually is my all-time favorite band/artist, so you can expect significant coverage of their shows when the time comes next year.