Maroon 5 frontman Adam Levine recently announced their 2013 North American tour for this year’s hit album, Overexposed.   The 31 date tour kicks off on February 13th in Columbus, Ohio and runs through early April.  Tickets are now on sale via Live Nation, with special packages also offered via VIP Nation.Additional details can be found via the band’s official site, www.maroon5.com: 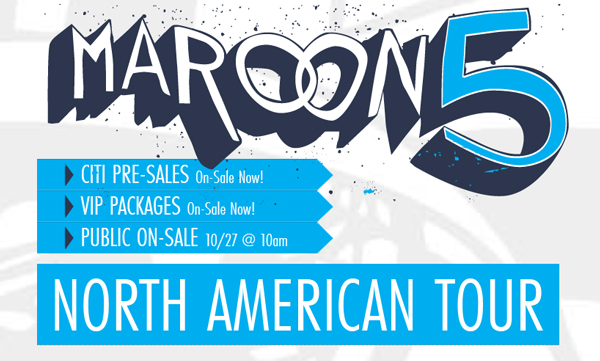 Below is a list of the dates announced, as of the time of this writing:

Adam Levine talks about the upcoming tour in this video:

I had the privilege of attending one of their few U.S. dates this past year, at Harvey’s in South Lake Tahoe as part of their Summer concert series, and definitely look forward to seeing them again and publishing another review.  I plan to go to the San Jose date in March.