Tickets for an Alicia Keys 2013 Summer tour of Europe and England have gone on pre-sale this week, all in support of her latest and fifth studio album, Girl On Fire, which went on sale this week.  The Grammy Award-winning artist will play more than 20 arenas during this 2013 European tour, which will launch on May 18 in Liverpool, United Kingdom.Full details can be found on her site, www.AliciaKeys.com, with links to buy tickets for all venues: 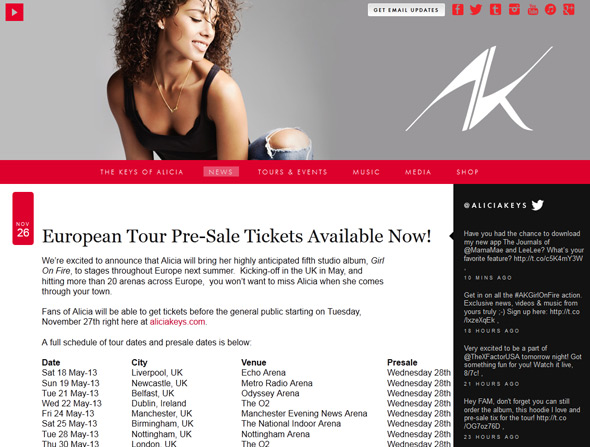 Below is the concert schedule:

Rock Subculture Journal will be covering the show at the O2 in London in May.