Music legend B.B. King’s New Year’s Eve show in Florida will continue on a steady schedule through the end of April thus far, as his North American tour for the first part of 2013.

Fans can find all of the dates for the concert tour on his official site at www.bbking.com: 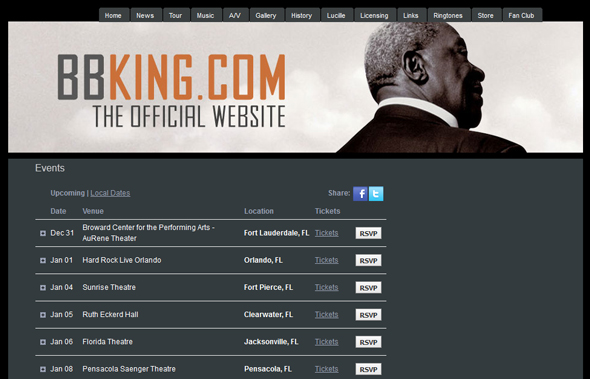 Below is the list of dates as of the writing of this article:

Rock Subculture Journal will be covering the show in Monterey, California.