Crystal Castles duo Alice Glass and Ethan Kath will be playing a number of dates in the Spring in the U.S. and Mexico, following two dates in March for the Ultra Music Festival, and an ongoing tour in Australia, New Zealand, Japan, and Europe.  Their third album, (III), came out late last year, and new songs will be added to their sets from the new album, which will be promoted via a new single “Sad Eyes” and their first video, expected February 18th.

Full details can be found on their official site, www.crystalcastles.com: 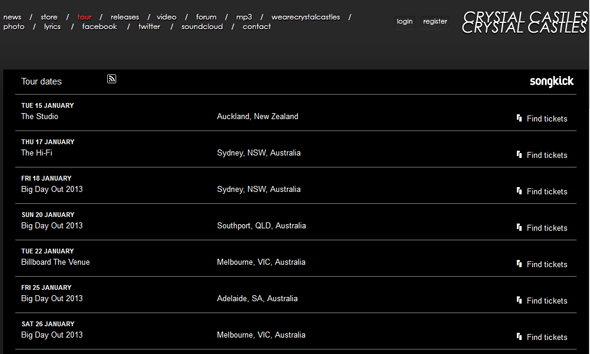 The Rock Subculture Journal reviewed on of their amazing shows last year (see “Crystal Castles at Shobox SoDo | Seattle, Washington | 10/25/2012“), and plans to cover the show at the Fox Oakland on April 27th.