Colin Hay, Scottish born and best known as the front man and singer from 80s Australian band Men at Work (best known for their hits “Down Under,” “Overkill,” and “Who Can It Be Now?”), following a festival in Michigan later this month, will be touring his homeland all of February and into March, then visit some of the cities in the West in the U.S. in April, and then his trip to the UK will take him through the end of May.

Mr. Hay has been recording and touring new music for decades, though he still gives tribute to his early hits with Men at Work, and re-recorded “Down Under” to celebrate the 30th anniversary of the popular New Wave hit last year.

Full dates and details for the “Finding My Dance” tour can be found on his official www.ColinHay.com site: 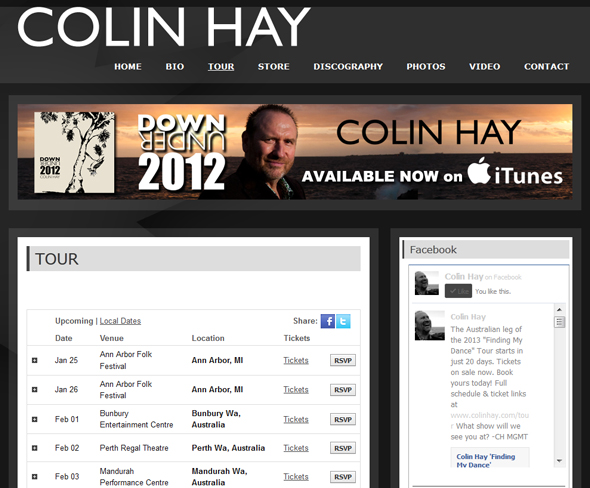 The Rock Subculture Journal plans to cover the show on April 7th at The Center for the Arts in Grass Valley, California.