Natasha Khan, recording and performing as Bat for Lashes, has announced a handful of dates for the start of 2013, supporting the critically acclaimed The Haunted Man, which was released late last year.  January and February are host to mostly festival performances in Singapore, New Zealand, and Australia, with some concerts in California and the Pacific Northwest in April, and one date in her Native England in June.

More details and ongoing news can be found on her official site, www.BatForLashes.com: 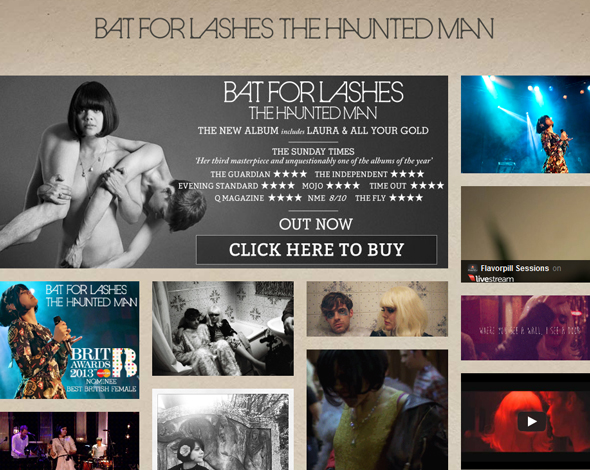 The Rock Subculture Journal will be covering the show at The Regency Ballroom in San Francisco on April 14th.