Sixto Rodriguez, who’s story was portrayed in the Oscar-nominated Searching for Sugar Man (due on DVD/Blu-Ray January 22nd) has concert dates planned out through the first half of 2013, taking him to South Africa, Australia, New Zealand, Spain, the United States, and through to Glastonbury in the UK.

The full list of dates – and information about Rodriguez – can be found on the official site, www.sugarman.org: 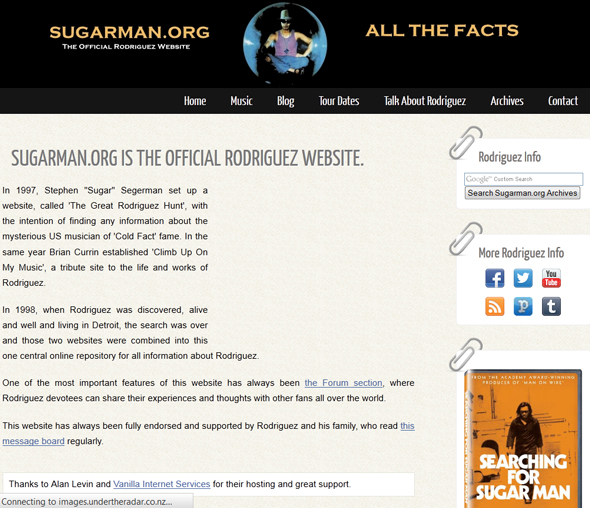 Below is the list of dates published as of the time of this article:

Rock Subculture Journal will be covering the show in San Francisco at The Warfield on April 23rd.