As reported in recent months, with 2013 Fleetwood Mac is touring together with their first concert performances since 2009. The band today announced their first set of dates outside of North America, with concerts now scheduled for Europe and the UK in the Fall, beginning in September, following the 47 shows already on sale in the U.S.  Additionally, last week Rhino Records released several different versions of Rumors, one of the all-time classic albums produced in all of rock and popular music. Celebrating 35 years since its release, a number of deluxe versions of the album will be available with incredible extras.

As noted previously, band co-founders Mick Fleetwood and John McVie will perform with Stevie Nicks and Lindsey Buckingham (Christine McVie is no longer performing with the band). Fans can register on the official Fleetwood Mac website for more details at www.FleetwoodMac.com: 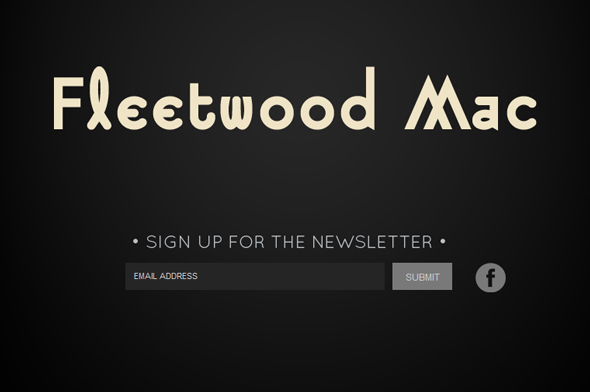 Below are the dates announced today:

Below are the North American dates previously announced:

Rock Subculture Journal will be covering the show in Sacramento at the Sleep Train Arena on July 6th, and hopes to cover a few of the European/UK shows as well, later in the year.

The special 35th anniversary of Rumors is being offered for sale at leading online retailers Amazon and iTunes:

The expanded edition’s three CDs includes the original album and the b-side “Silver Springs, ” a dozen unreleased live recordings from the group’s 77 world tour, and an entire disc filled with unreleased takes from the album s recording sessions.

The disc of 12 unreleased live recordings from the band s 1977 Rumours tour features performances from concerts in Oklahoma City, Tulsa, Nashville and Columbia, S.C. The songs include album tracks like “The Chain, ” “Oh Daddy” and “Songbird” as well as “World Turning” and “Rhiannon, ” two tracks from the group’s 1975 eponymous release.

Producers also have compiled a selection of 16 unreleased recordings from the album s sessions including early takes of “Go Your Own Way, ” “I Don t Want To Know” and the popular b-side “Silver Springs”. There are also several demo recordings, including one for the outtake “Planets of the Universe”, plus an instrumental version of “Never Going Back Again”.

The deluxe edition of Rumours also features the 18-track compilation of session outtakes originally released in the 2004 reissue of the album, the original album on 140-gram vinyl, and a DVD with “The Rosebud Film”. This 1977 documentary by Michael Collins includes interviews, rehearsal footage and live performances of “World Turning”, “Rhiannon”, “Say You Love Me, ” “Go Your Own Way”, “You Make Loving Fun” and “I m So Afraid”. 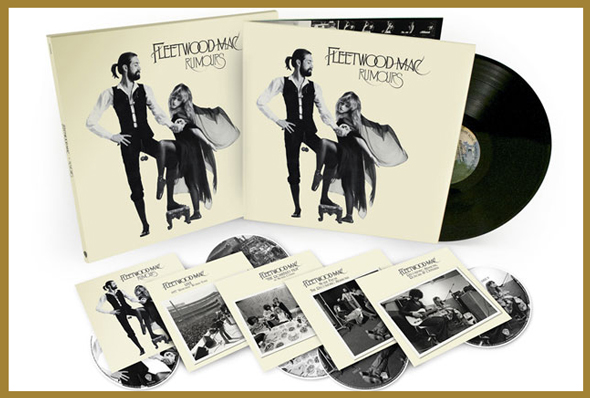 Below is the official press release from Fleetwood Mac:

Join the conversation and be in with the chance to win tickets on Twitter from 9am on Friday: #Fleetwoodmacuktour

Fleetwood Mac last toured in 2009 with the sold out Unleashed Tour. The current lineup includes Mick Fleetwood and John McVie – both original members since l967, Lindsey Buckingham and Stevie Nicks who joined the band in l975.

This tour also marks the 35th anniversary of the release of their classic Rumours album (1977), one of the most successful albums in recorded history with sales exceeding 40 million copies.  Rumours planted itself at the top of the pop charts for over 31 weeks and had four top ten singles. The expanded edition’s three CDs include the original album, the b-side of “Silver Springsm,” a dozen unreleased live recordings from the group’s l977 world tour and an entire disc filled with unreleased takes from the album’s recording sessions. The deluxe edition includes all of the music from expanded version, plus an additional disc of outtakes on DVD that features “The Rosebud Film,” a l977 documentary about the album and the album on Vinyl.  Digital versions are also available.

Nicks has just completed a two year tour coinciding with the release of her critically acclaimed In Your Dreams CD which debuted at No. 6 on the Billboard Pop Charts.  In Your Dreams was released on Reprise Records in 2011, and was co-written and co-produced by Dave Stewart and Glen Ballard.  Nicks also produced and co-directed a documentary film of the recording of In Your Dreams which has received rave reviews at the Hamptons International Film Festival along with several other film festivals.

Buckingham has been touring to sold-out crowds over the last year in conjunction with his critically acclaimed September 2011 release of Seeds We Sow, his 6th solo studio album and first independent release, which debuted at No. 6 on Billboard’s Rock Album Chart. He was recently honored with ASCAP’s Golden Note Award, and has also received the prestigious Les Paul Award.

John McVie has spent the past three years enjoying his family and solitude at home in Hawaii.

“Having started Fleetwood Mac with John McVie in 1967, it has always been so gratifying that despite the various incarnations, the band has survived. Throughout the years, though, the one thing that has remained constant is our fans. I am looking forward to getting back behind the kit, reconnecting with the fans and sharing the stage with my fellow band members,” commented Mick Fleetwood.

“After spending four days at Lindsey’s house working on music and one really fun day doing a crazy photo session, I am quite excited about next year.  Everything seems to be falling into place.  2013 looks like the year of Fleetwood Mac,” commented Stevie Nicks.

“I’m really looking forward to hitting the road with Stevie, Mick and John in 2013.  It’s been over three years since we’ve toured together and happily the break allowed me to explore a lot of uncharted territory as well as experience tremendous growth creatively.  I’m excited to bring that back to the band.  When everyone in FM wants the same thing at the same time, it’s cause for celebration.  Long Live Fleetwood Mac!” added Lindsey Buckingham.

“I’m really looking forward to going back on the road,” commented John McVie.