Guitar and  legend Johnny Marr, best known for his role with The Smiths, has announced a tour of the United States and Canada this Spring.  As one of the performing guests at Coachella Valley Music & Arts Festival, Marr has added 18 dates outside of the popular multi-artist festival, including two with New Order.  Johnny Marr’s new album, The Messenger, is due February 26th.  Fans of Electronic, the joint project between Marr and Bernard Sumner of New Order, are hopefully that some of those amazing songs might be played at the shows where both appear.

Full details about Johnny Marr, the new album, and the tour can be found on his official site at www.johnnymarr.com: 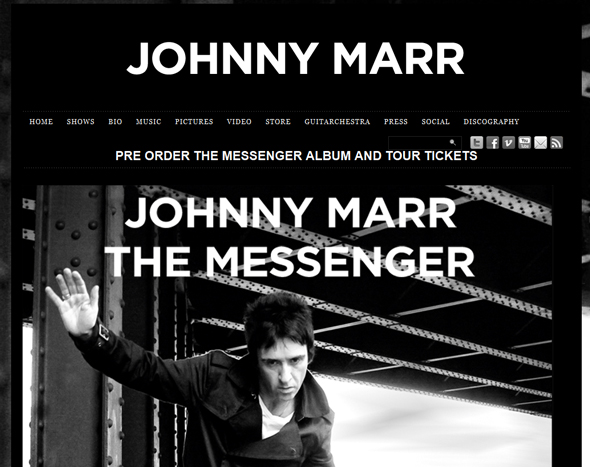 Below is the list of dates for the North American leg of the tour:

The Rock Subculture Journal will be covering the show at the Cosmopolitan in Las Vegas.

Below is a video for one of the songs from the upcoming album: