Tomorrow tickets go on sale for some of the dates for the upcoming North American leg of the Rolling Stones and their “50 And Counting” tour, starting in California and working their way toward the East Coast.  The LA date is TBD due to NBA and NHL playoffs.  The rock and roll legends plan to play Los Angeles, Oakland, San Jose, Las Vegas, Anaheim, Toronto, Chicago, Boston, and Philadelphia before returning to England for a few shows there.

Keep an eye on the official site for the latest news and developments: 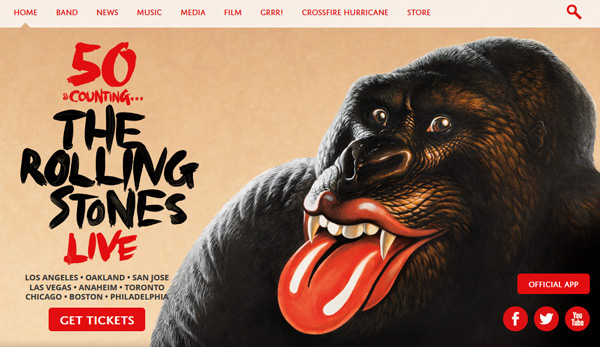 Below is a short YouTube video talking about the tour:

Below is the list of confirmed dates as of the publication of this article…  some rumors are circulating that second shows may be added to some of the existing venues:

The Rock Subculture Journal plans to cover the show in Oakland next month.