Yeah Yeah Yeahs have this week published their upcoming new album, Mosquito, in its entirety, two weeks ahead of the official April 16th release date.  In addition, they are at the beginning of a somewhat haphazard tour that will have them playing Coachella and a handful of U.S. dates before heading out for England early next month and then back and forth between Europe & the UK and the U.S. through July.  They have already played about 10 shows and festivals thus far in 2013.

You can learn all about what is going on with the Yeah Yeah Yeahs on their official site at www.yeahyeahyeahs.com: 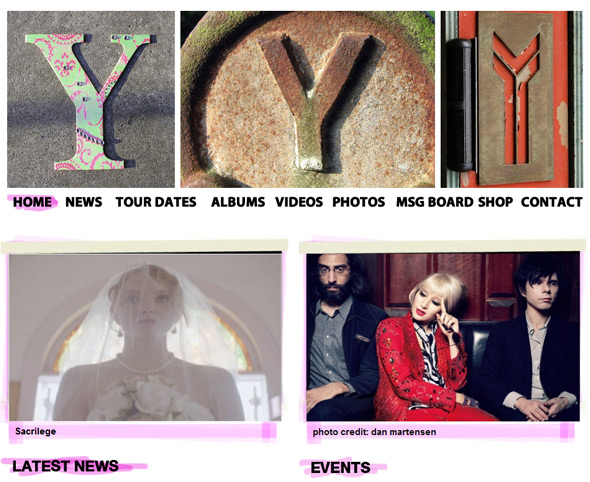 You can get the band’s thoughts on the new album and hear all the songs via this video published on YouTube by Noisey Music By Vice and embedded below:

Below is a list of tour dates announced as of the time of the publication of this article:

The Rock Subculture Journal will be covering the show at The Pool at The Cosmopolitan in Las Vegas next weekend.