New Wave pioneers Pet Shop Boys today announced and put on sale dates for the U.S. leg of their upcoming world tour – their first appearance here in more than four years.  Also today they have released a music video for “Axis”, off their upcoming album, Electric, due July 15th.

Below is the new video for “Axis”:

Tickets are on sale for the tour that will hit the U.S. in September and October.  You can purchase tickets – including special VIP packages with meet and greet as well as close seats or early entry for GA (depending on the venue) via www.ConcertMaps.com: 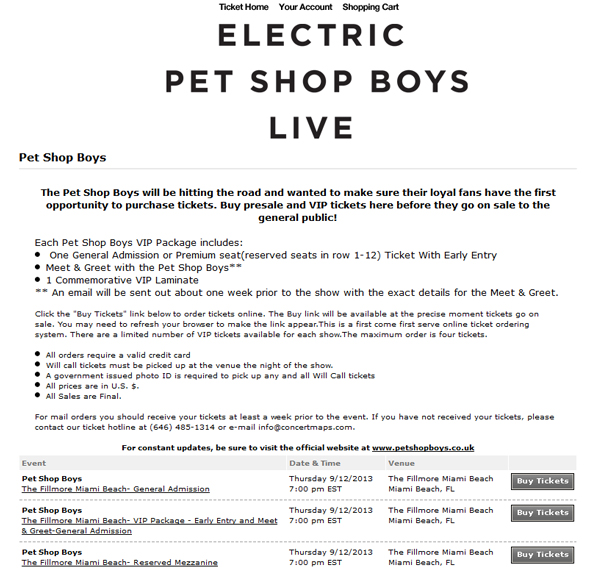 More information about Pet Shop Boys can be found on their official site at www.petshopboys.co.uk: 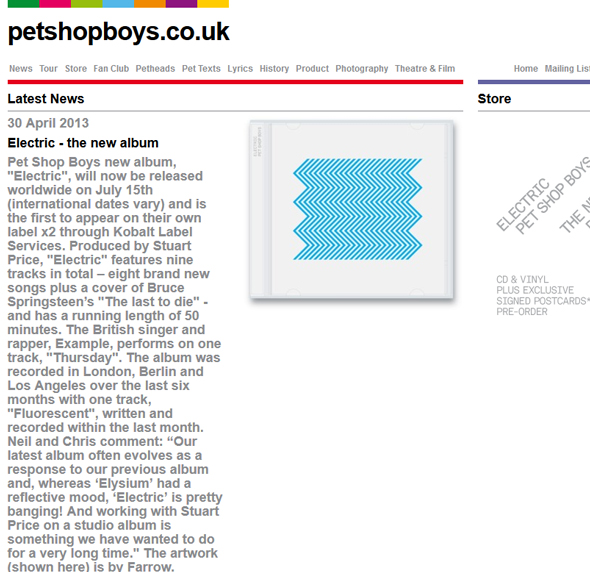 Below is the list of concert dates announced as of the time of this article: