My Bloody Valentine, the alternative rock band from Dublin, Ireland, will be making a handful of rare headlining concert appearances in the United States during the worldwide tour, which will feature a number of dates at popular music festivals.  These are the first U.S. dates since 2009.  Their new album, mbv, was released earlier this year.

Full details can be found on the official My Bloody Valentine website at www.mybloodyvalentine.org: 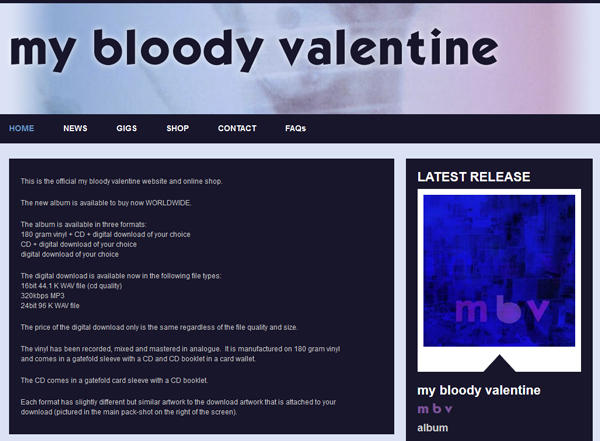 Below is the list of concert and festival dates as of the time of this article:

The Rock Subculture Journal will be covering the show at the Bill Graham Civic Auditorium in San Francisco in August.