American alternative band GROUPLOVE today announced a special “Seesaw Tour” supporting their sophomore album, Spreading Rumors, due September 17th.  The nine city tour will feature the band playing back-to-back gigs in each city, the first an all-rock set and the second at a non-traditional venue doing an all acoustic show (“one night heavy, one night light”).  Special pre-sale packages went on sale this morning for the nine cities that are part of this special tour – Seattle, Portland, San Francisco, Los Angeles, Boston, New York, Philadelphia, Washington DC, and Chicago. 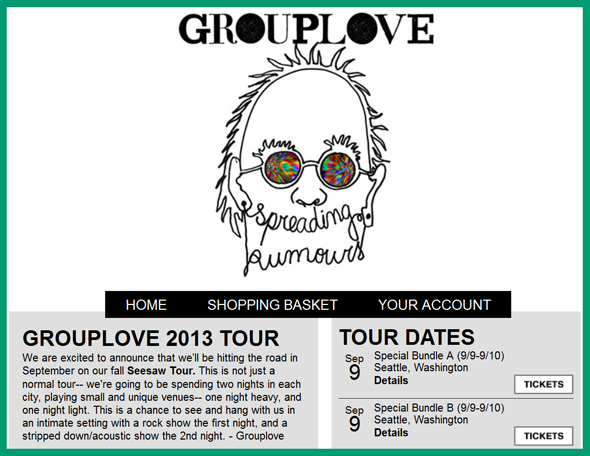 Below are the tour dates:

Below are the two bundles being offered in this pre-sale:

The band will be releasing short animation clips twice a week featuring characters Hannah created for each of the new songs, which can be found here:  www.grouplovemusic.com/toonlove

You can pre-order the new album, Spreading Rumors, also over at their official site.

The Rock Subculture Journal will be covering the two San Francisco shows at The Independent and The Chapel in September.  We reviewed two GROUPLOVE shows last year in Las Vegas and Oakland.