American funk group Cameo will be having special concerts at Yoshi’s San Francisco on October 31std and at Yoshi’s Oakland on November 2nd.  The band, best known for 80s hit “Word Up!”, will have a special Halloween show on the 31st, with a “70s vs 80s” costume contest.  There will be two shows (early and later) on each date, so four concerts in total.Details on the two shows can be found on the official Yoshi’s website… (click links below for ticket information and show details) 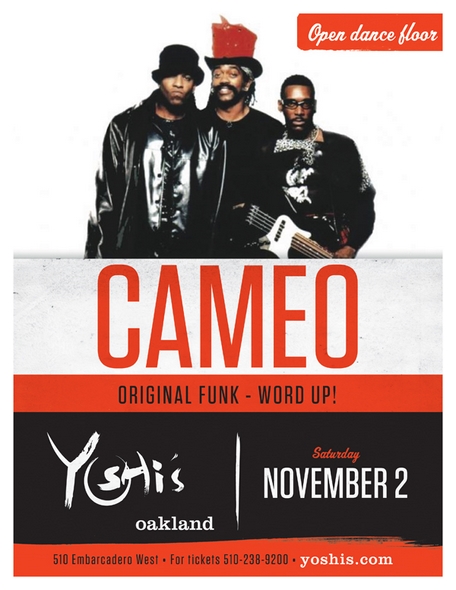 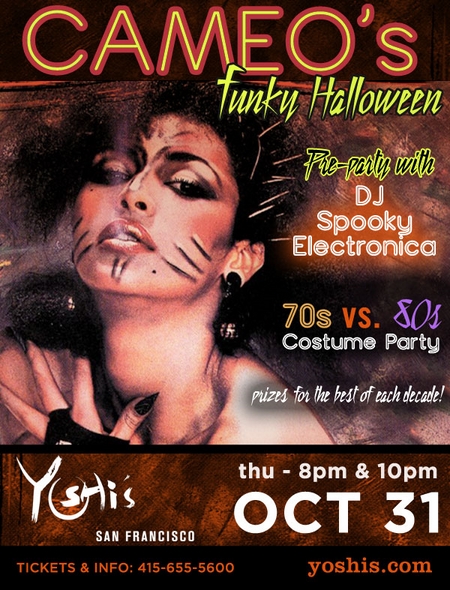 They will also be playing “Music 4 the Soul” at Nokia Theatre at L.A. Live on October 25th (along with The Dramatics, Tiera, DW3, Rose Royce, and New Birth, with host Eddie Griffin) – see AXS.com for more information.

Rock Subculture plans to cover the show at Yoshi’s Oakland on November 2nd.