Singer-songwriter Anna Nalick is scheduled to play a handful of concert dates along the West Coast this month.  The critically acclaimed artist is best known for her debut album, Wreck of the Day, which featured the hit song “Breathe (2 AM)”, and she has since released a second studio album, Broken Doll & Odds & Ends.

You can learn more about Anna Nalick and this tour on her official site at www.annanalick.com: 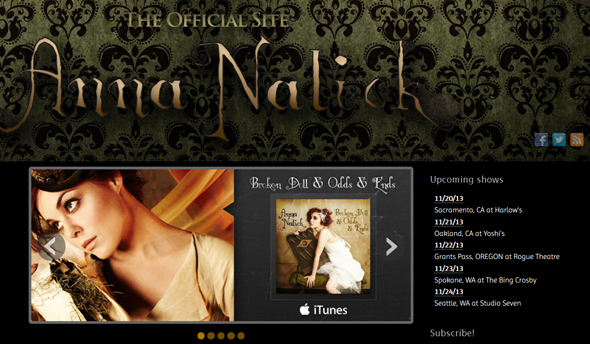 Below are the dates that have been announced:

The Rock Subculture Journal plans to cover the show at Harlow’s in Sacramento.