Vancouver’s The Pack A.D. will be kicking off a substantial North American tour in Seattle later this week, supporting their latest album, Do Not Engage, which comes out tomorrow.  Having had a chance to preview the album, it is truly stellar and should make a great foundation for some rocking live shows.Full details about the new album and tour can be found on the official site at www.thepackad.com: 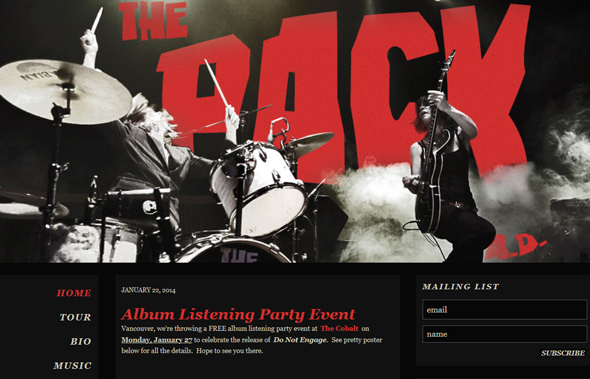 Below is the full list of upcoming tour dates: