Electronic synthpop/trip hop duo Phantogram is releasing their second studio album, Voices, next week, and late next week they will be kicking off a small U.S. tour.  I was a big fan of their eponymous EP released last year (particularly “Black Out Days”, which I counted among my Top 100 Songs of 2013) and have previewed their new album and it is excellent.

The new album can be previewed via online streaming over at NPR Music.

For full details about the band, check out their official website at www.phantogram.com: 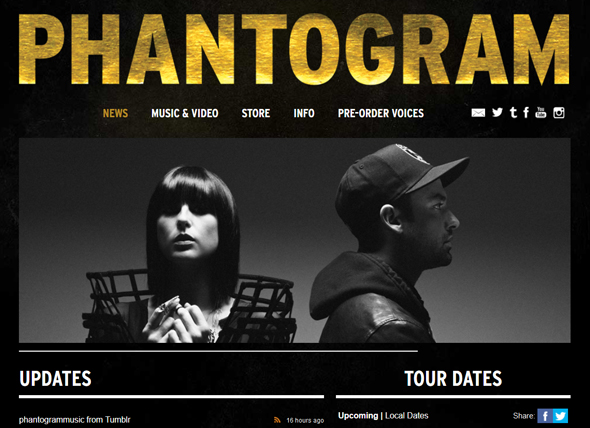 Below is the full list of concert dates as of the time of this article:

The Rock Subculture Journal plans to cover the first show on the tour at Fox Theater in Oakland.