Teenage Cancer Trust, who “lead the world in the care of young people with cancer”, in partnership with The Body Shop, is holding their 2014 concert series at The Royal Albert Hall at the end of March in London.  This year, headliners include Ed Sheeran (March 24th), an evening of comedy featuring Micky Flanagan and John Bishop as hosted by Jason Manford (March 25th), Paolo Nutini (March 26th), OneRepublic (March 27th), The Cure (March 28th and March 29th), and Suede (March 30).  This year marks the 35th anniversary of The Cure’s debut album, Three Imaginary Boys, and they are expected to put out three hour sets each night for these special shows.

Full details about Teenage Cancer Trust, their charitable work and efforts, and these special shows at Royal Albert Hall can be found on their official site at www.teenagecancertrust.org: 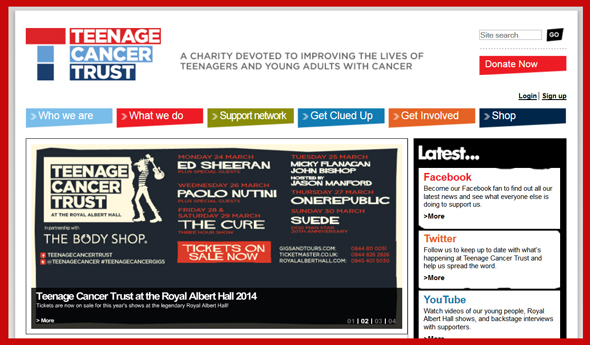 Below is the list of details for each of the dates:

The Rock Subculture Journal covered the Cure concert in Honolulu in July, and plans to review the show on March 29th that is part of this special engagement at the Royal Albert Hall.