British soul singer-songwriter Sam Smith, who’s debut studio album In the Lonely Hour debuted in June, has launched a tour of North America this week, with a little over a dozen headlining shows and key appearances at Austin City Limits in October.  The young artist has quickly found international success on the charts, and most shows coming up are long sold out.

Supporting the tour is brother-sister duo Broods from New Zealand (I covered two of their shows this year, one at The Independent in San Francisco in May and one at Assembly Music Hall in Sacramento in August).

Full details about Sam Smith, his music, and this tour can be found on the official site at www.samsmithworld.com: 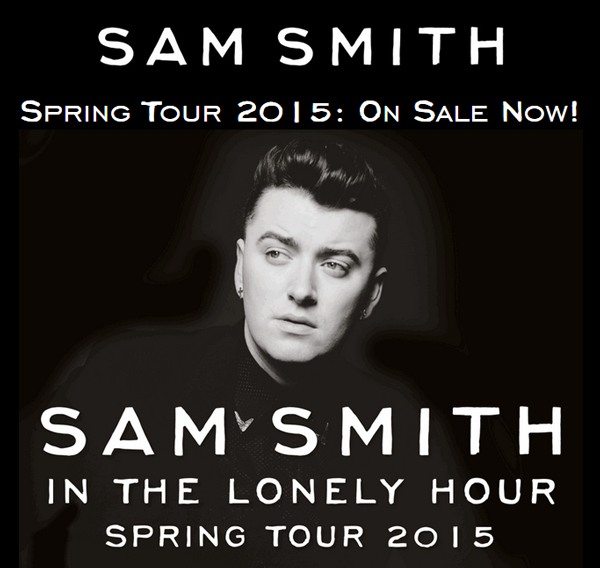 Below is the full list of concert dates for this U.S. tour:

The Rock Subculture Journal plans to cover the show at the Fox Theater in Oakland.