English singer-songwriter Lily Allen is back in the spotlight with a new album and tour, following time off from starting a family.  Her current tour marks her return to North America after a five year absence.  The new album, Sheezus, is her first since 2009, and third album since her big debut in 2006 with her #1 UK hit “Smile”.

I was lucky enough to catch her appearance with Coldplay and others at a charity concert for Kids Company in London in December, which marked the beginning of her return to the stage.

You can get details about the new album and ongoing tour at her official site at www.lilyallenmusic.com: 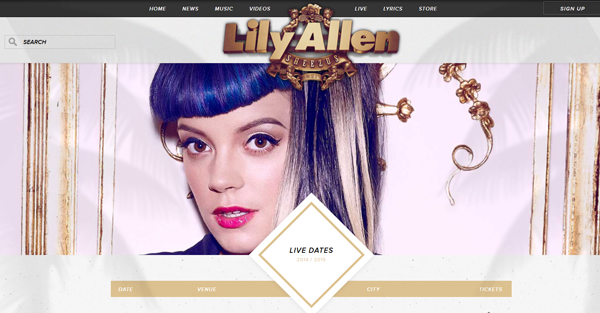 Below are the upcoming dates:

Rock Subculture Journal plans to cover the show in Oakland next week.