Garage punk band The Kills will be playing a handful of just seven shows in North America in the second half of October, kicking off in New York and finishing up in California, with the last stop appearing with Queens of the Stone Age in Los Angeles.  While their last album, Blood Pressures, hit in 2011 on Domino Rocords, the duo have explored other media in 2014.  Jamie Hince opened his “Echo Home” exhibit of photographic work at the Morrison Hotel Galley in New York in June while Alison Mosshart has had several original paintings on paper, canvas, and fabric included in “Push It”, a group show of female artists at ArtNowNY in April.  Their work can be seen in Du Jour and New York Times T Magazine, respectively.

Full details about the band and their work can be found on their official site at www.thekills.tv: 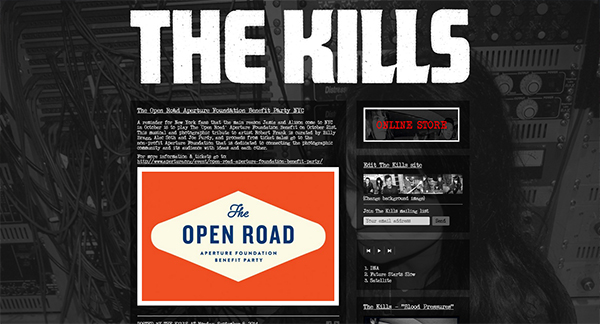 Below is the list of concert dates scheduled for later this month:

Rock Subculture Journal plans to cover the show at The Fillmore in San Francisco.