Full details about the show can be found on the official Cargo website at www.CargoReno.com: 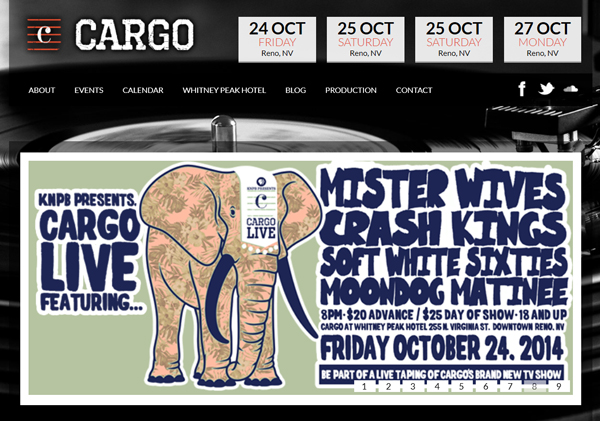 You can purchase tickets now at TicketWeb: LINK

This concert will be filmed by PBS member station’s KNPB, with each set being part of the upcoming television series, Cargo Live at Whitney Peak Hotel, due to start airing early next year.  It will also be available via their website, KNPB.org.