80s music and Grammy Award-winning New Wave icons Culture Club released a brand new single, “More Than Silence”, today; with news of an all-new sixth studio album, Tribes, due out early next year.  The much anticipated 2014 North American tour kicks off on November 15th in Rancho Mirage, California.  The band will be touring with all of the original members: Boy George (lead vocals), Mikey Craig (bass guitar), Roy Hay (guitar and keyboards) and Jon Moss (drums and percussion).

The new song, “More Than Silence”, is available on iTunes and can be streamed on YouTube.

Their new album, Tribes, is written by Culture Club and produced by Youth, published on their own “Different Man Music” label via Kobalt Label Services.  It is available for pre-order via a special PledgeMusic campaign which included limited and autographed deluxe editions as well as special memorabilia.

This marks their first new music in 15 years, and the new song will be performed for the first time on national television on ABC’s The View tomorrow, November 6th.

You can keep up with all things Culture Club on their official site at www.culture-club.co.uk: 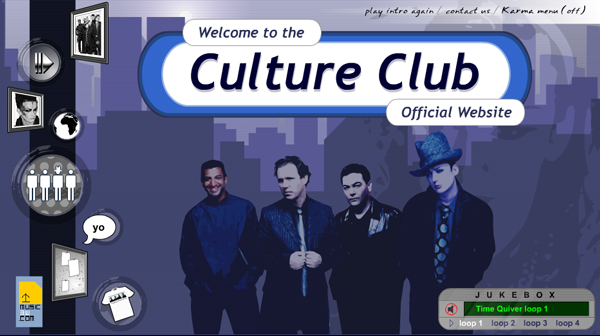 Rock Subculture Journal is planning to cover the show at Fox Theater, and perhaps one of the others as well.

You can read my review of the Boy George solo tour back in April here:  LINK