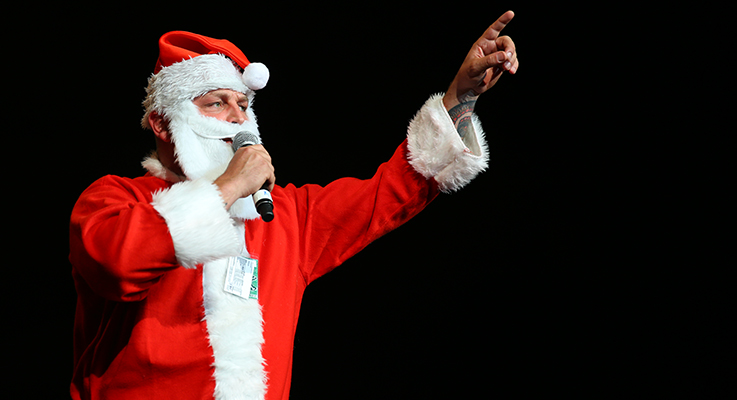 The line-up and date for LIVE 105’s annual Not So Silent Night concert event has been announced, with a one-night show at Oracle Arena this year on Friday, December 11th.  2015 will feature Weezer, Death Cab For Cutie, Bastille, Halsey, Silversun Pickups, Chvrches, Foals, and X-Ambassadors.

The lineup for the “Club NSSN” at Mezzanine should be announced on November 10th; this will be held the night before on Thursday, December 10th.

For full details about the concert event, including tickets, directions and other details, you can check the official site for Live 105 at www.live105.cbslocal.com: 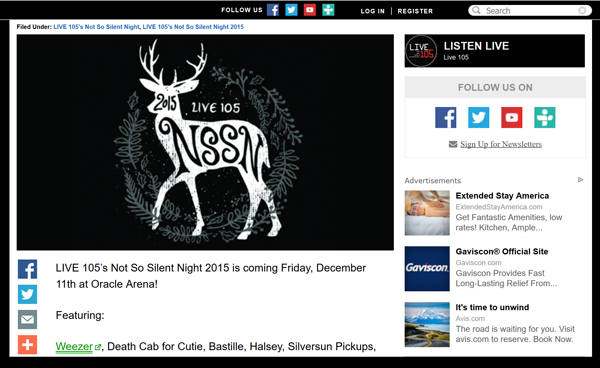