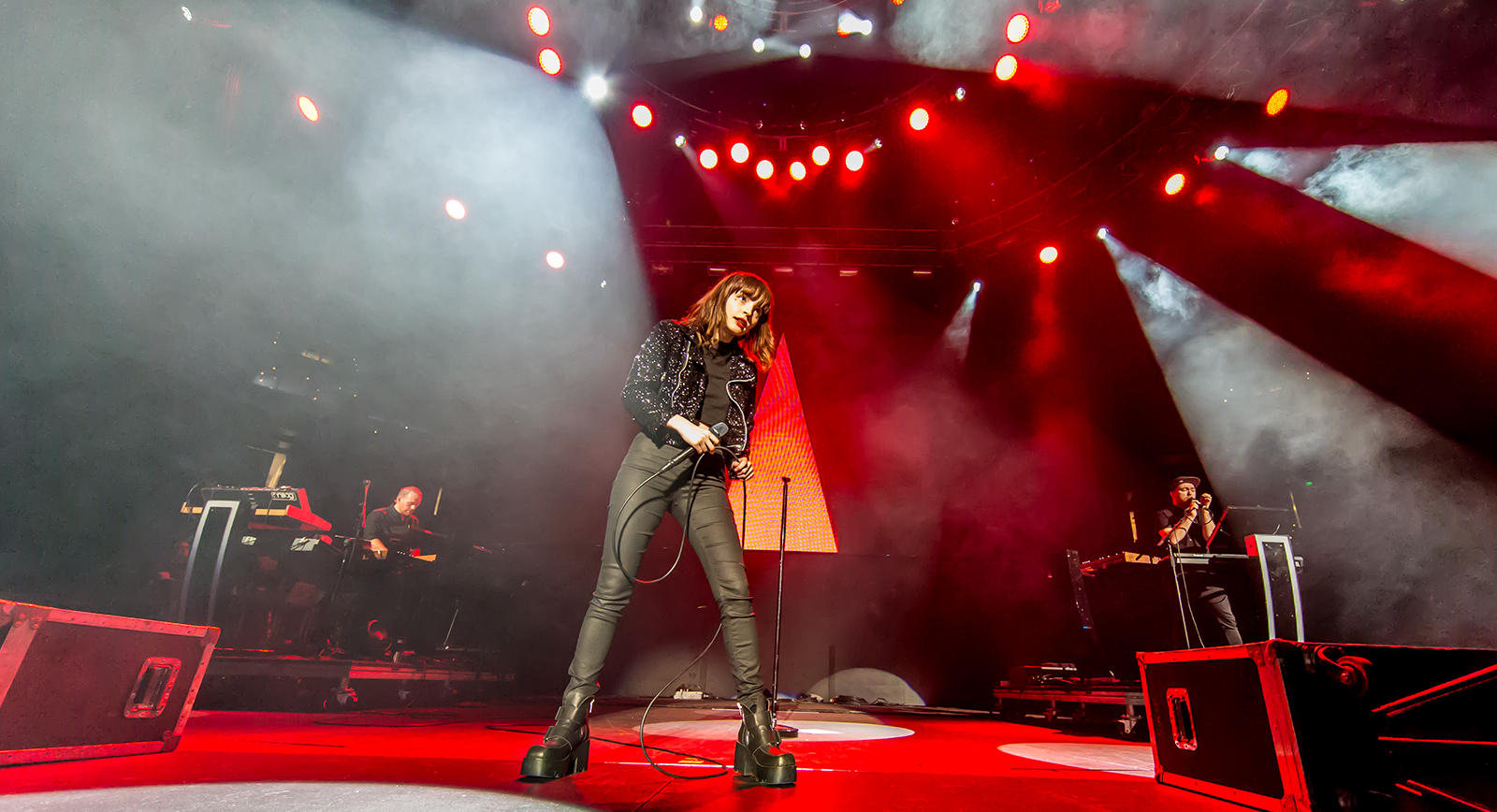 Scottish electronic band Chvrches (CHVRCHΞS) will be returning to the United States for a second leg of their current tour, starting in San Diego on April 13th.  With a mix of headlining shows, festival appearances, and touring with Death Cab For Cutie, as well as some shows with one of my own favorite newer bands, Wolf Alice, supporting.  Their second album, Every Open Eye, has further propelled their worldwide popularity.

For all the latest about the band, check out their official site at www.chvrch.es:

Below is the list of dates in the U.S. as of the time of this preview: