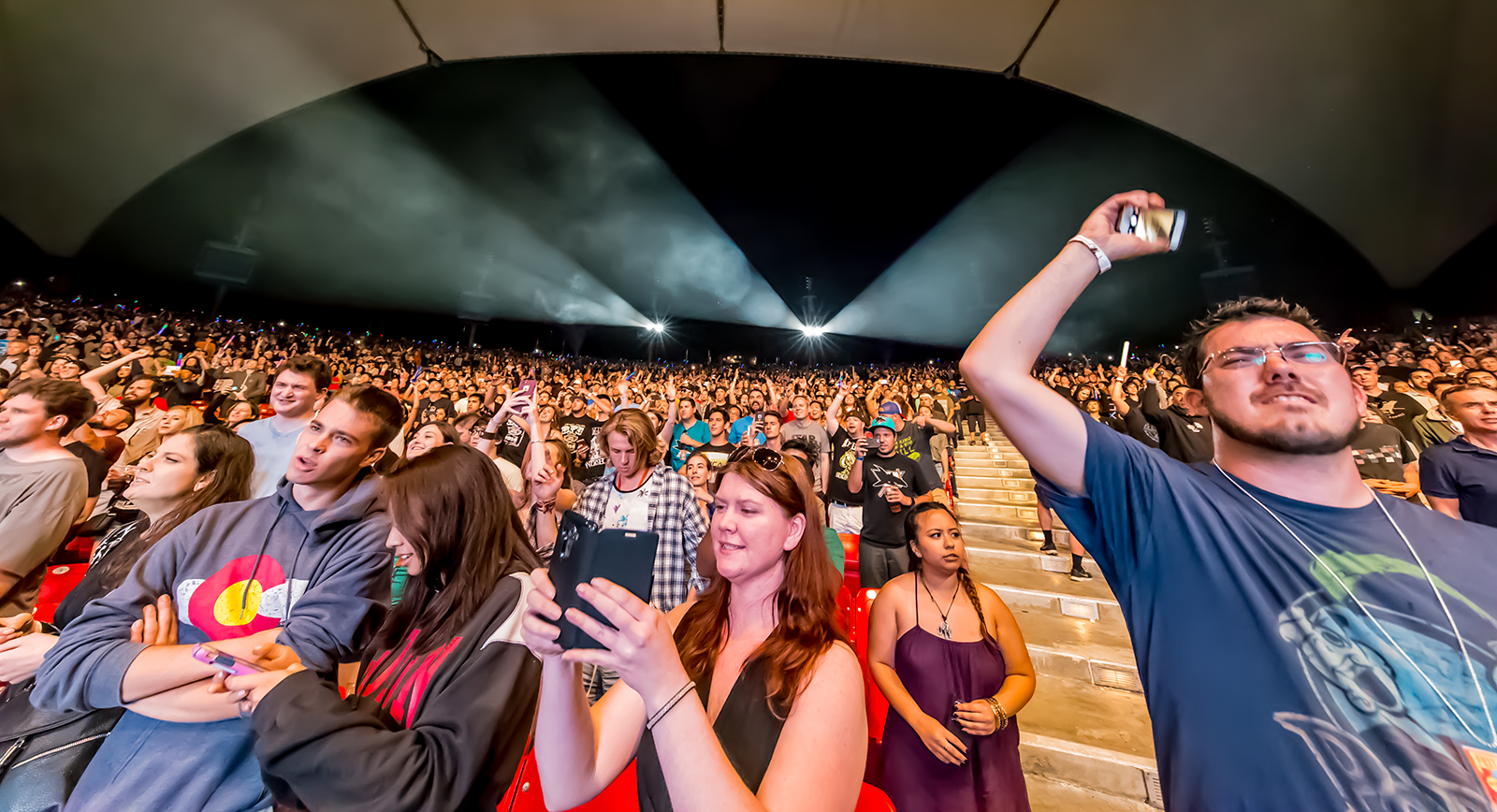 As per tradition, Live 105 held their BFD 2016 festival at Shoreline Amphitheatre in Mountainview, California on Saturday, June 4th.  This year saw 30 artists perform throughout a very long day that began early in the morning and ran for over 12 hours.  The main stage focused on the artists with the top billing this time around, and was an eclectic mix of styles and genres and eras that represents “The Bay Area’s Alternative” radio station’s wide ranging tastes in music. This article features my PART TWO coverage, which focuses on the daytime “Main Stage” artists and performances from The Offspring, Fitz And The Tantrums, Silversun Pickups, The Naked And Famous, and BØRNS.

See the PART ONE BFD 2016 feature for photos of the Festival Stage artists: Bad Religion, Wolfmother, The Wombats, Jake Bugg, Broods, The Story So Far, Lucius, Finish Ticket, Never Shout Never, The Strumbellas, Reuben And The Dark, and JR JR.

As mentioned in my Part One coverage, this was not the typical music event for me, and as such, does not feature in depth thoughts and discussion of each set.  So herein I provide a bit of background on each artist and a gallery of images taken at the festival. 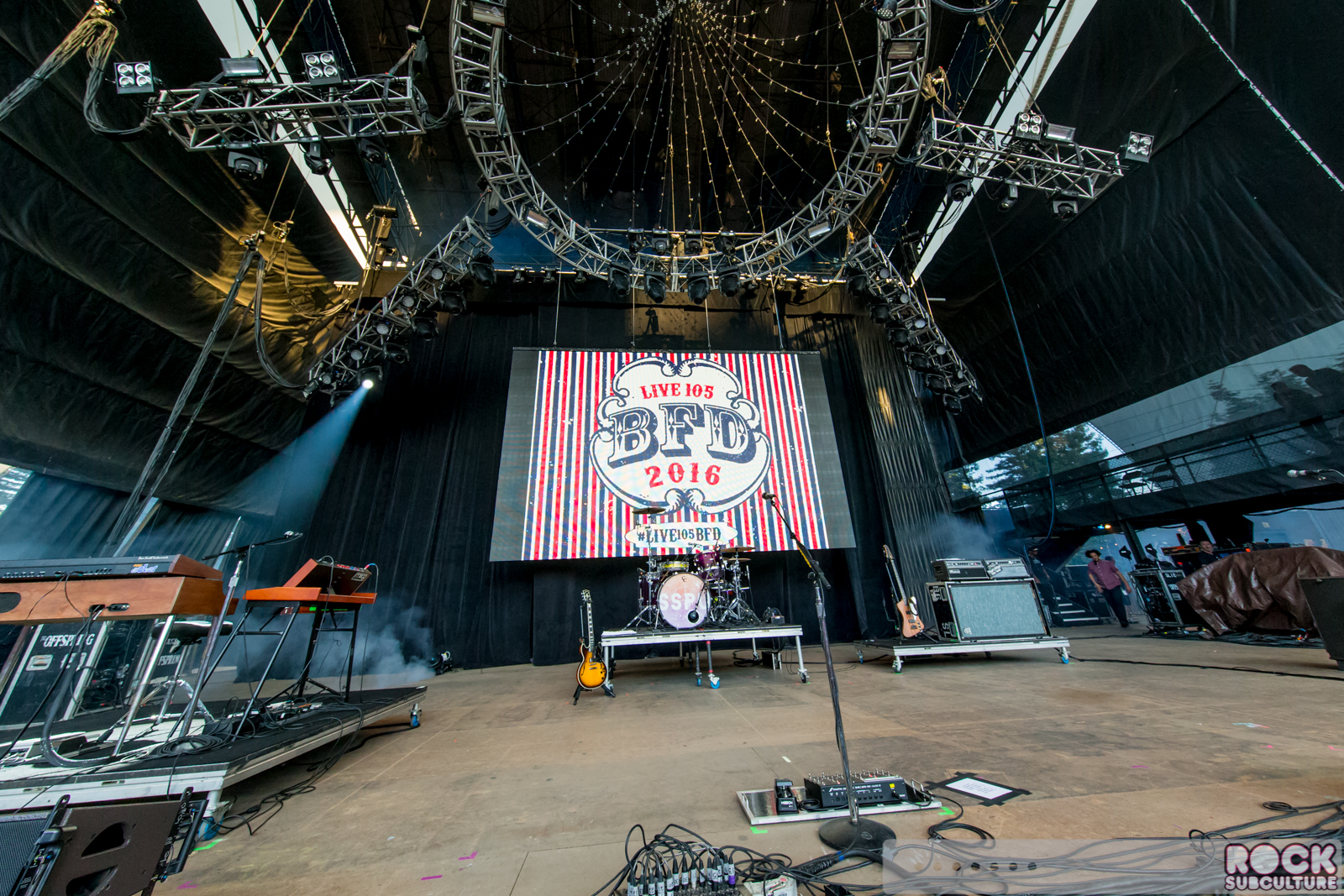 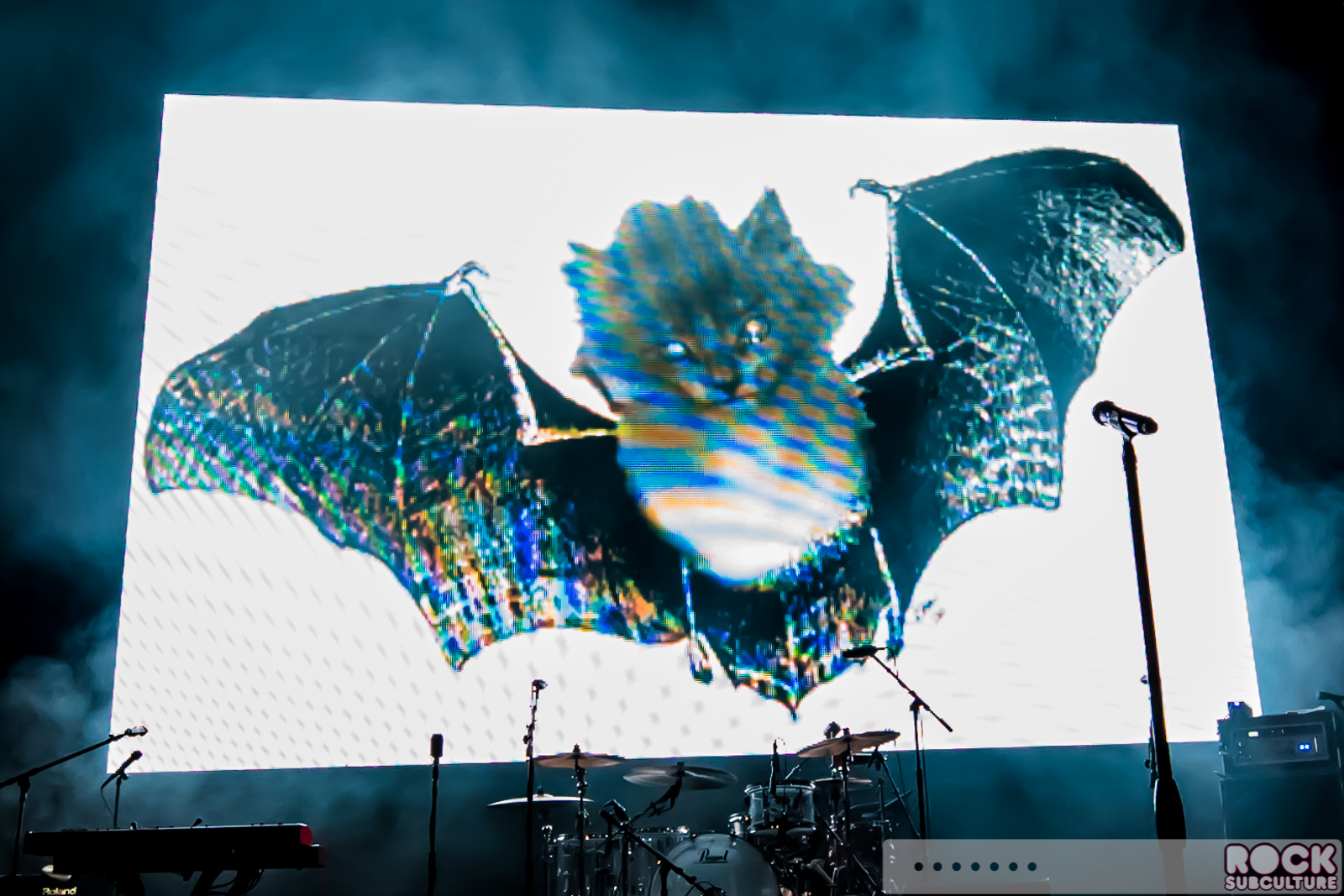 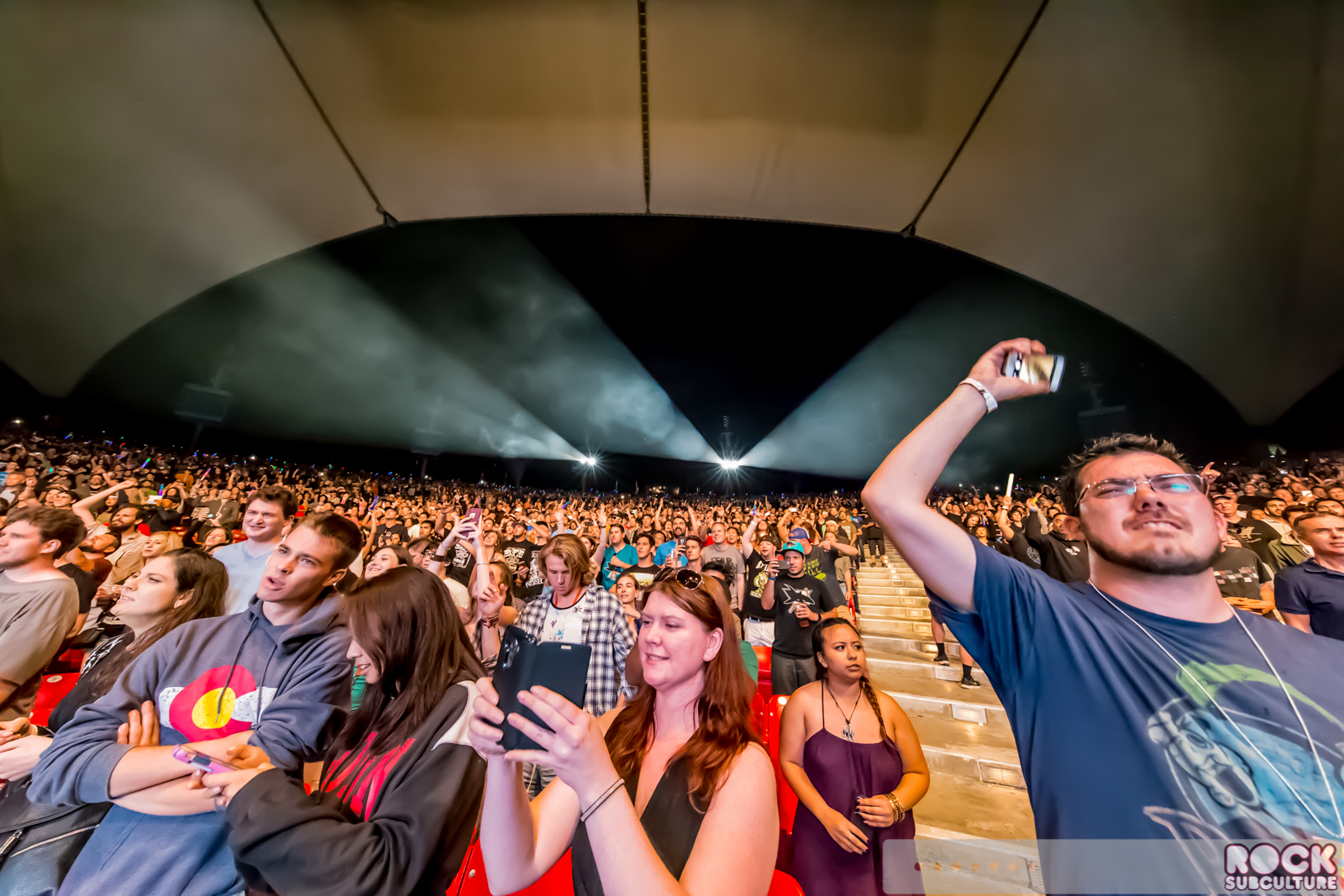 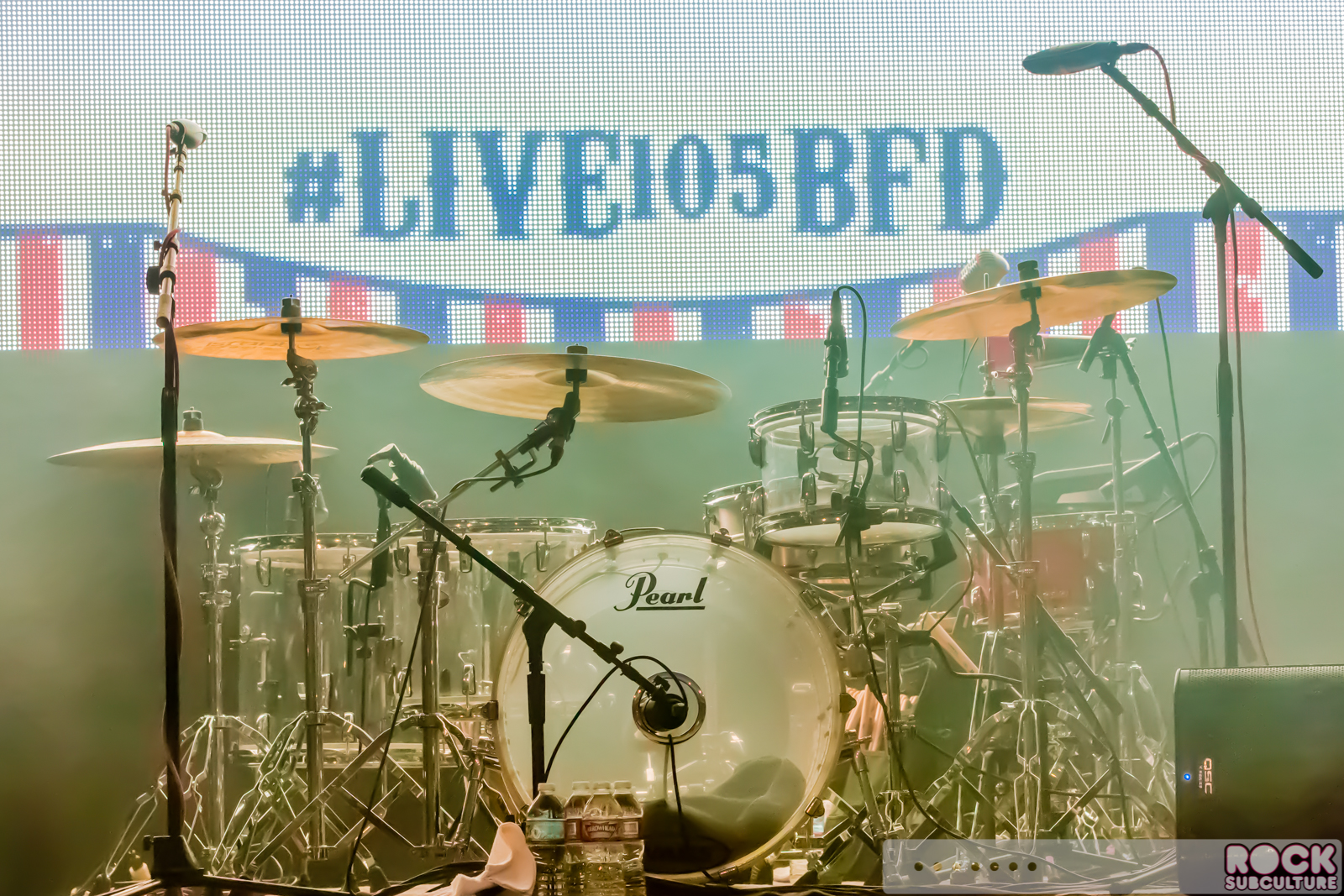 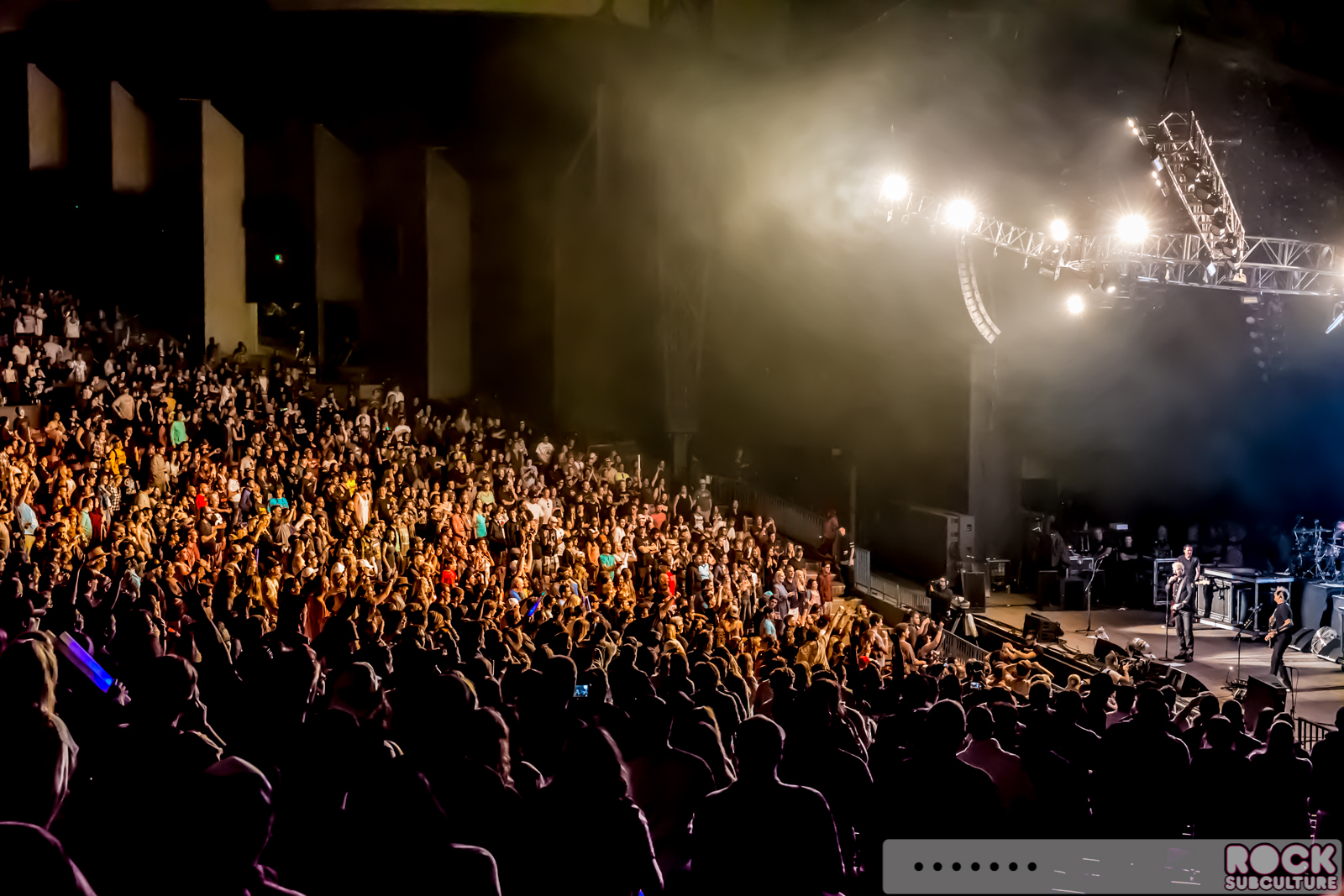 BØRNS is an American signer who released his debut EP as BØRNS, Candy, in 2014, and put out his first studio album Dopamine, last year.

This was my first time seeing him perform live, and he definitely has his own unique style.

His latest music video is for his Zayn Malik cover of “It’s You”, which you can find on YouTube here: LINK

Click on the image below to open a virtual lightroom of BØRNS performing on stage: 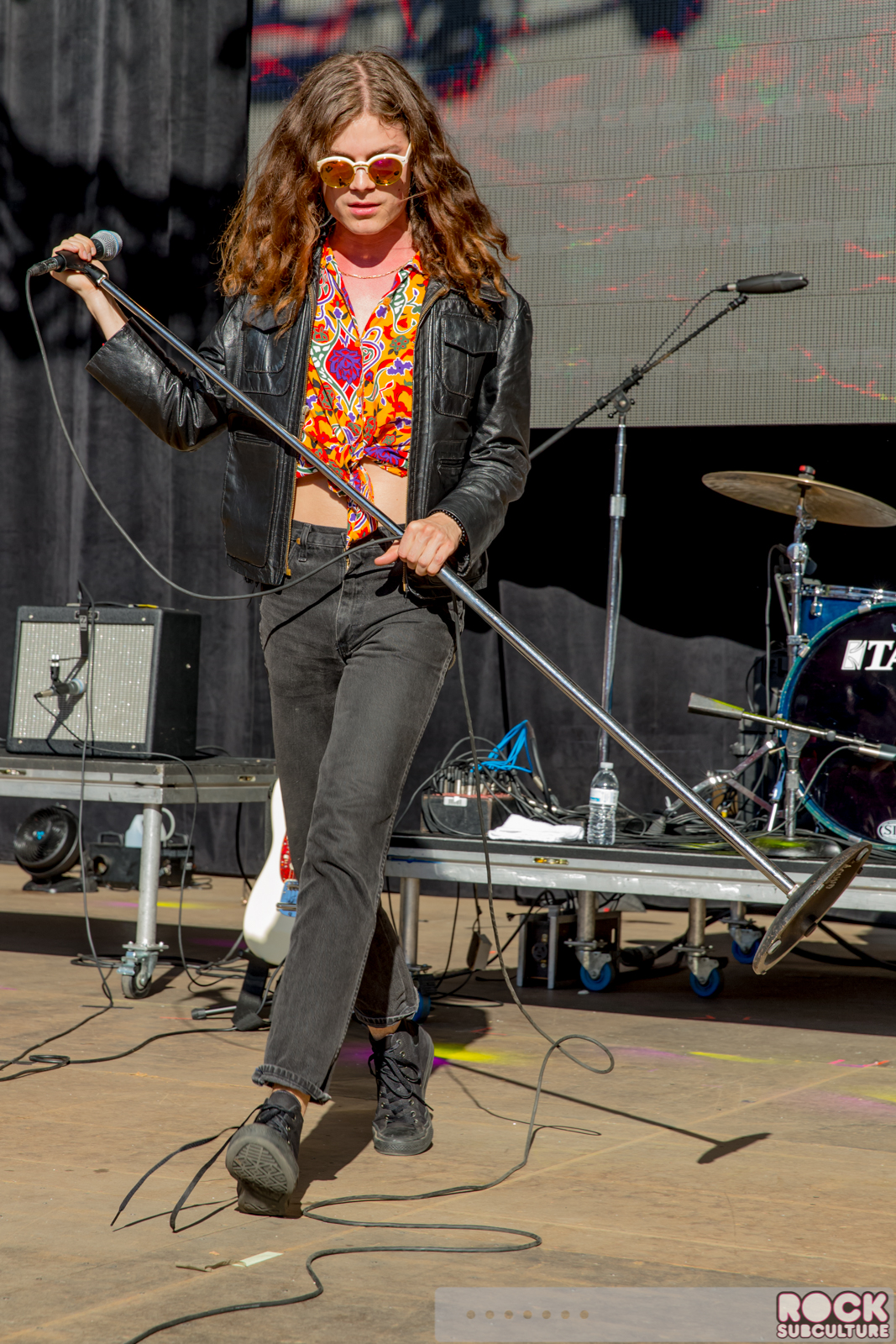 The Naked And Famous

Characterized as an indie electronic band, they hail from Auckland, New Zealand.  Formed in 2007, they’ve released two studio albums to date, 2010’s Passive Me, Aggressive You and 2013’s In Rolling Waves.

I have seen The Naked And Famous perform once before, in 2014 when they were touring with Imagine Dragons.

It has been a few years since they have released a new album, but one is expected soon; from their last, their music video for “Hearts Like Ours” is one of their most popular on YouTube here: LINK

Click on the image below to open a virtual lightroom of The Naked And Famous performing on stage: 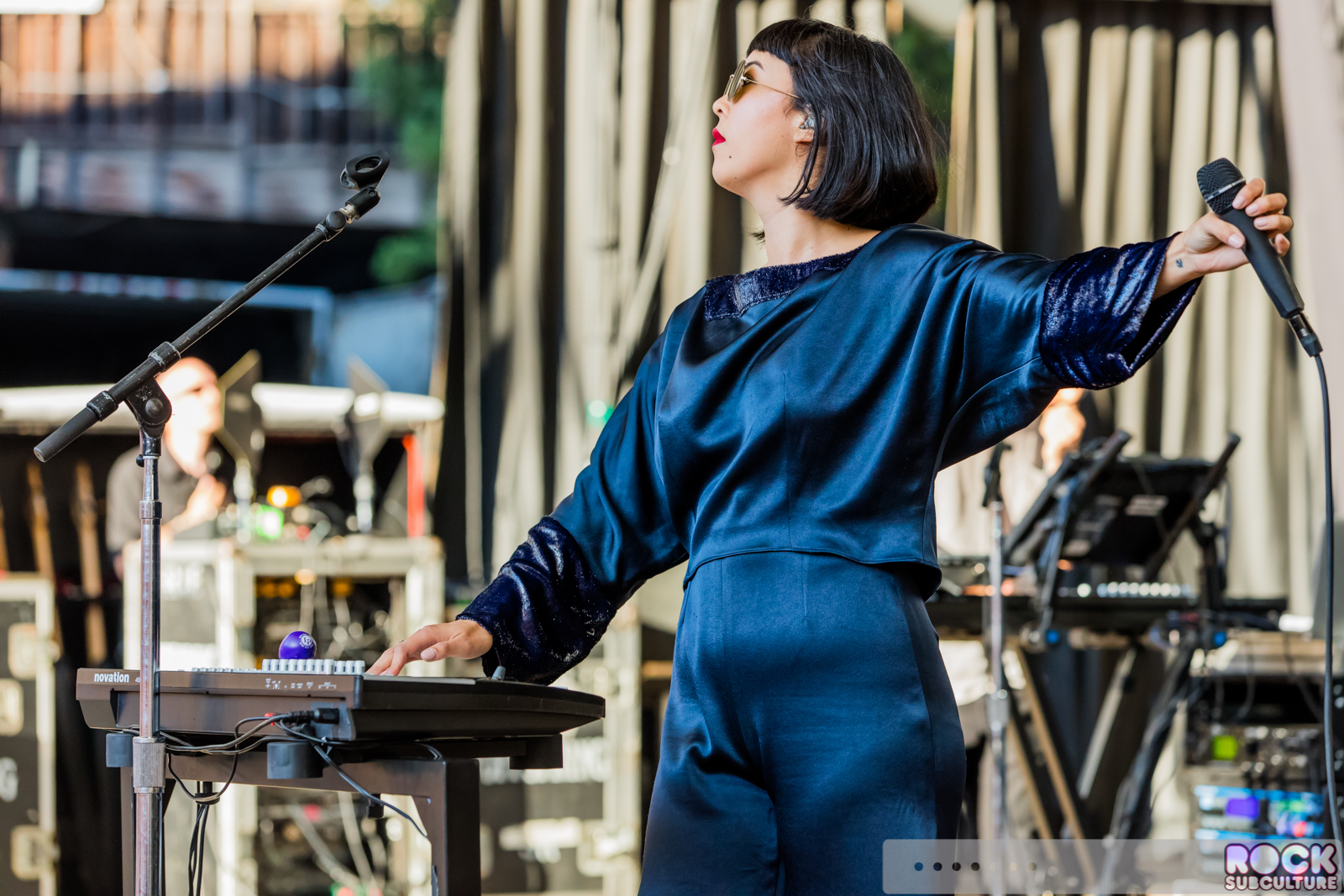 Silversun Pickups are from Los Angeles, though formed in 2002.  The band saw half of their line-up change following the original inception.

They released their first EP Pikul in 2005 and their debut studio album, Carnavas, the following year.  Their second (Swoon) and third (Neck of the Woods) came out in 2009 and 2012 respectively.

Late 2015 saw the release of their latest work, Better Nature.

I last covered Silversun Pickups with their appearance at last year’s Not So Silent Night event.

Frontman Brian Aubert has a really fun and engaging style, connecting with individual members of the audience throughout their set.

You can preview their sound and style via their music video for “Circadian Rhythm (Last Dance)” on YouTube here: LINK

Click on the image below to open a virtual lightroom of Silversun Pickups performing on stage: 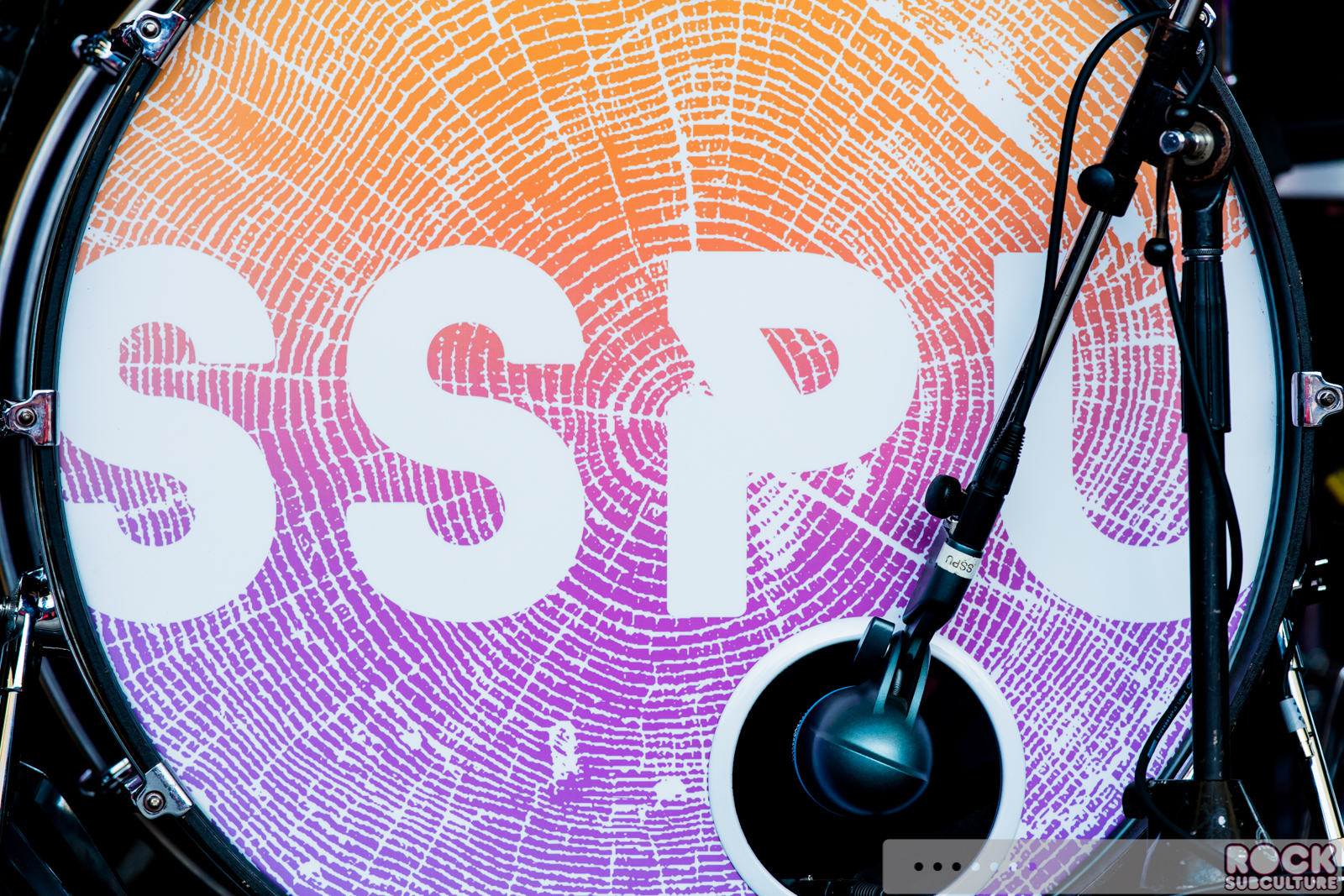 Fitz and The Tantrums

Fitz and The Tantrums are a neo soul indie pop band from Los Angeles, who formed in 2008.  The garnered a lot of attention with their 2010 debut album, Pickin’ Up the Pieces.  Their follow-up, More Then Just a Dream, came out in 2013.

Their third studio album, Fitz and the Tantrums, came out last week.

Their new song “Handclap” is already making waves, and you can check out the official music video on YouTube here: LINK

Click on the image below to open a virtual lightroom of Fitz and The Tantrums performing on stage: 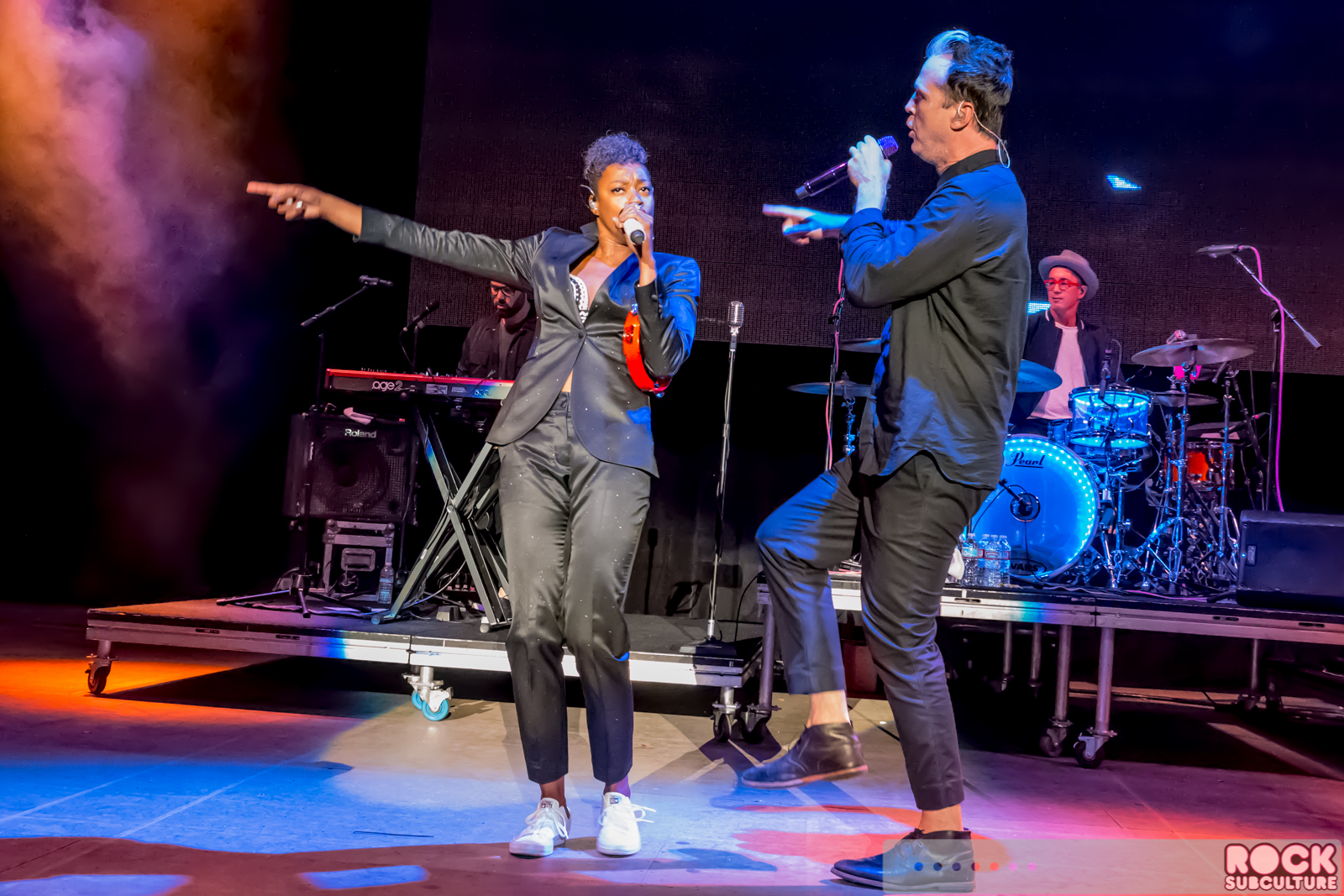 The Offspring are a punk band from Huntington Beach that formed in 1984.  Best known for hits “Self Esteem”, “Come Out And Play (Keep ‘Em Separated)”, “The Kids Aren’t Alright” and “You’re Gonna Go Far, Kid”, in the ’90s they helped to bring punk style music to a broader audience, along with Green Day.

They’ve released a total of nine albums to date, with over 40 million album sales.

You can check out their music video for last year’s “Coming For You” (unless you have a clown phobia) on YouTube here: LINK

Click on the image below to open a virtual lightroom of The Offspring performing on stage: 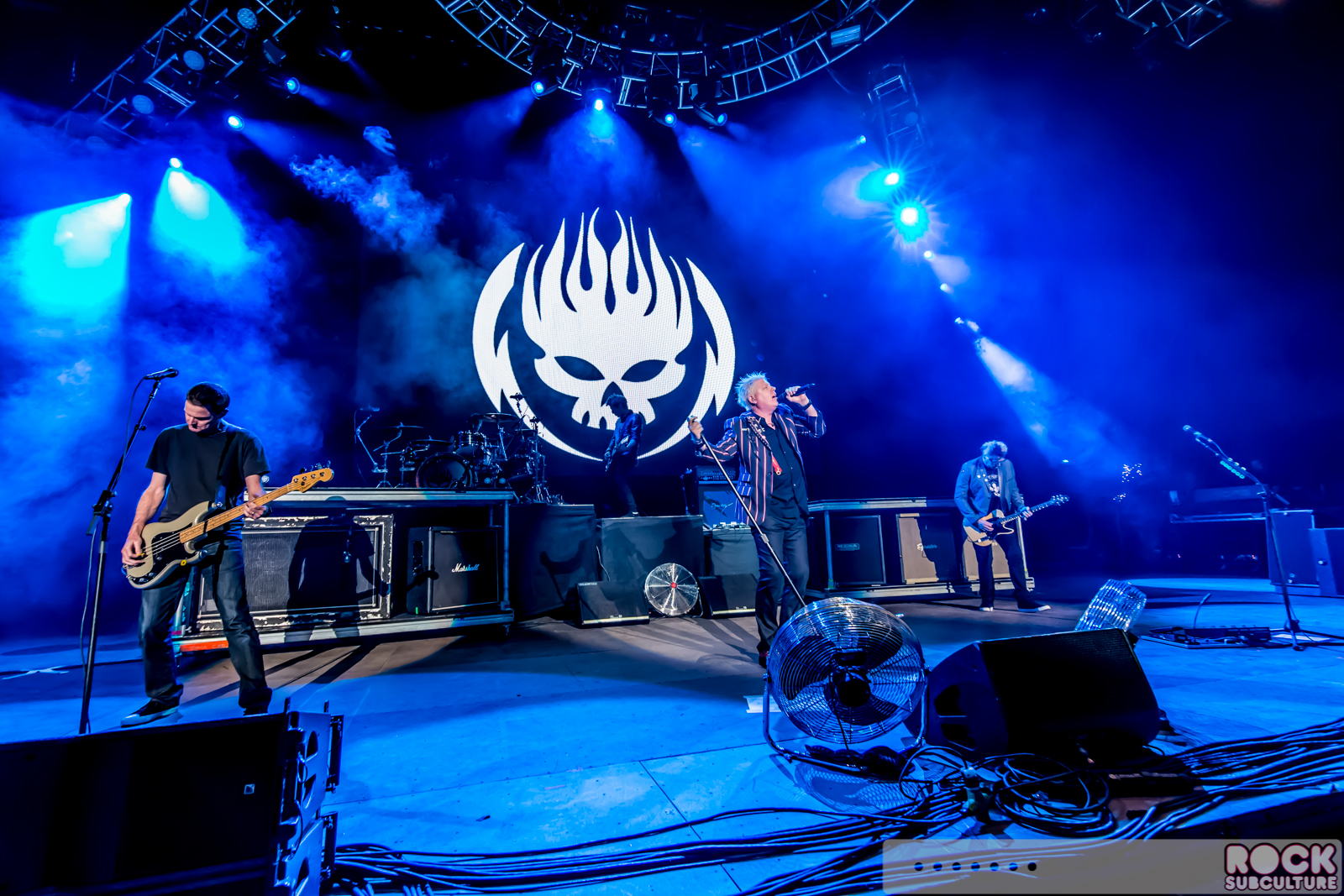 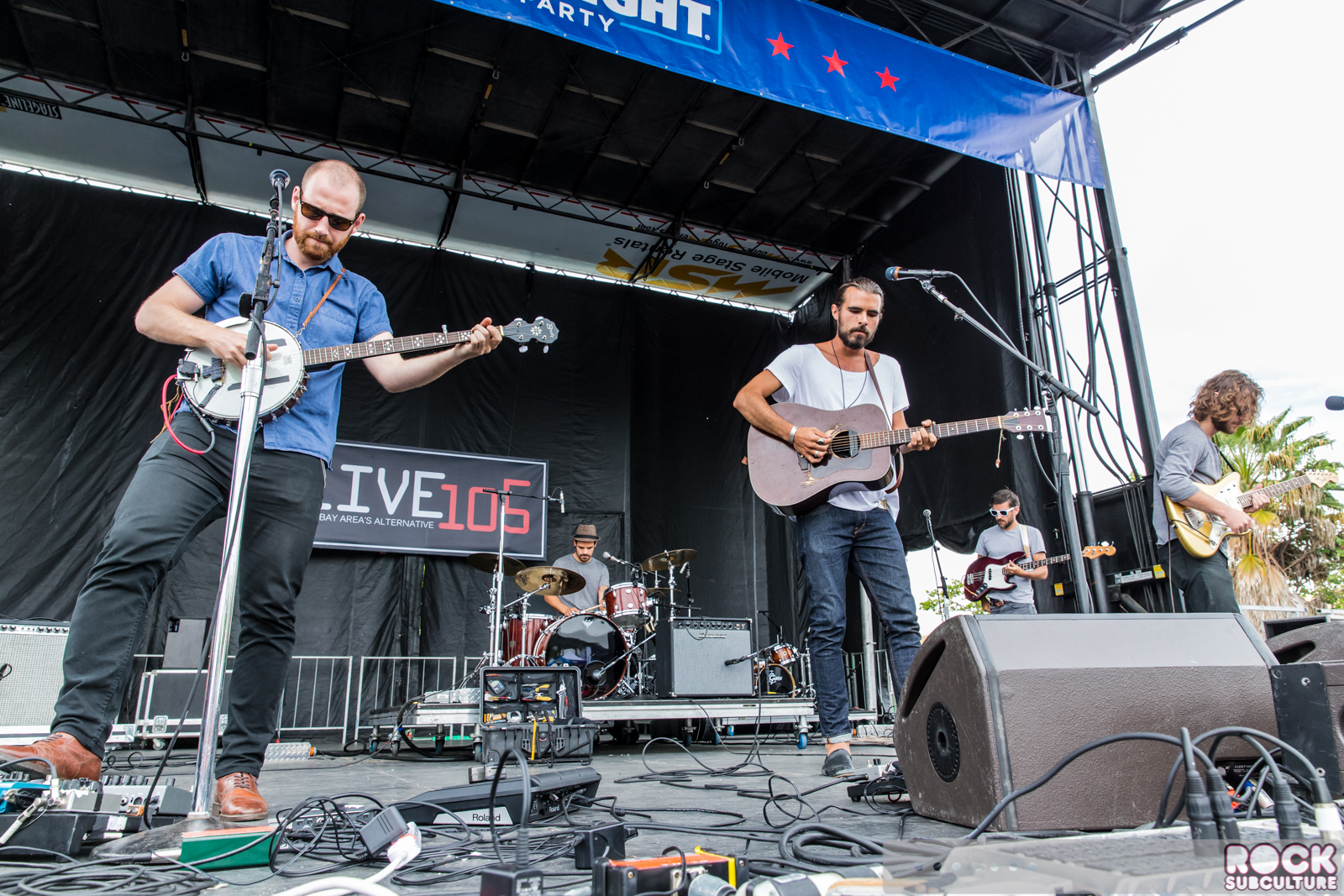 Be sure to check out PART ONE of my BFD 2016 coverage here: LINK