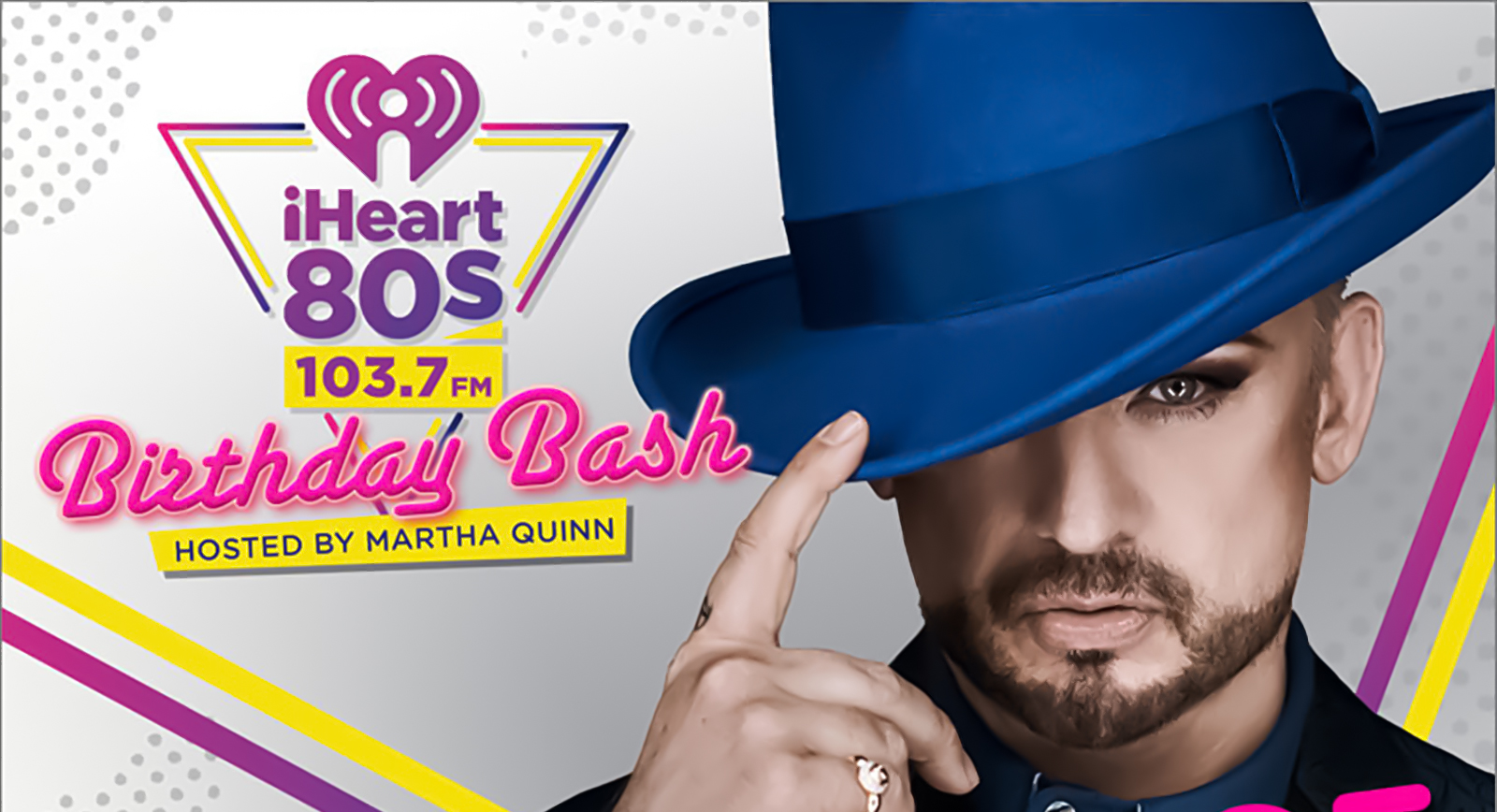 iHeartMedia San Francisco’s iHeart80s @ 103.7 is hosting a massive ‘80s Music event in the San Francisco Bay Area on Saturday, August 26th at SAP Center in San Jose.  The special concert event and the inaugural “iHeart80s Birthday Bash” live concert event will feature Boy George as the headlining artists as well as special guests A Flock Of Seagulls, The Romantics, Farrington & Mann of the Original When In Rome UK, Tiffany, Animotion, Tommy Tutone, and Nu Shooz. Hosting the show will be iHeart80s morning personality and former original MTV VJ Martha Quinn as well as appearances by station personalities Christie James and Morris Knight.

iHeart80s launched in June 2016 as “the first-ever iHeartRadio-branded FM broadcast station and features music from the most beloved icons of the decade. The ‘80s dedicated station is a broadcast extension of the popular iHeart80s station on iHeartRadio, the all-in-one streaming music, podcasting and live digital radio service”.

Learn more about the event and buy tickets on the official SAP Center website at www.sapcenter.com:

Keep up with all things Boy George on his official website at www.boygeorgeuk.com:

Be sure to get tickets to one of the premiere 80s music events of the year!