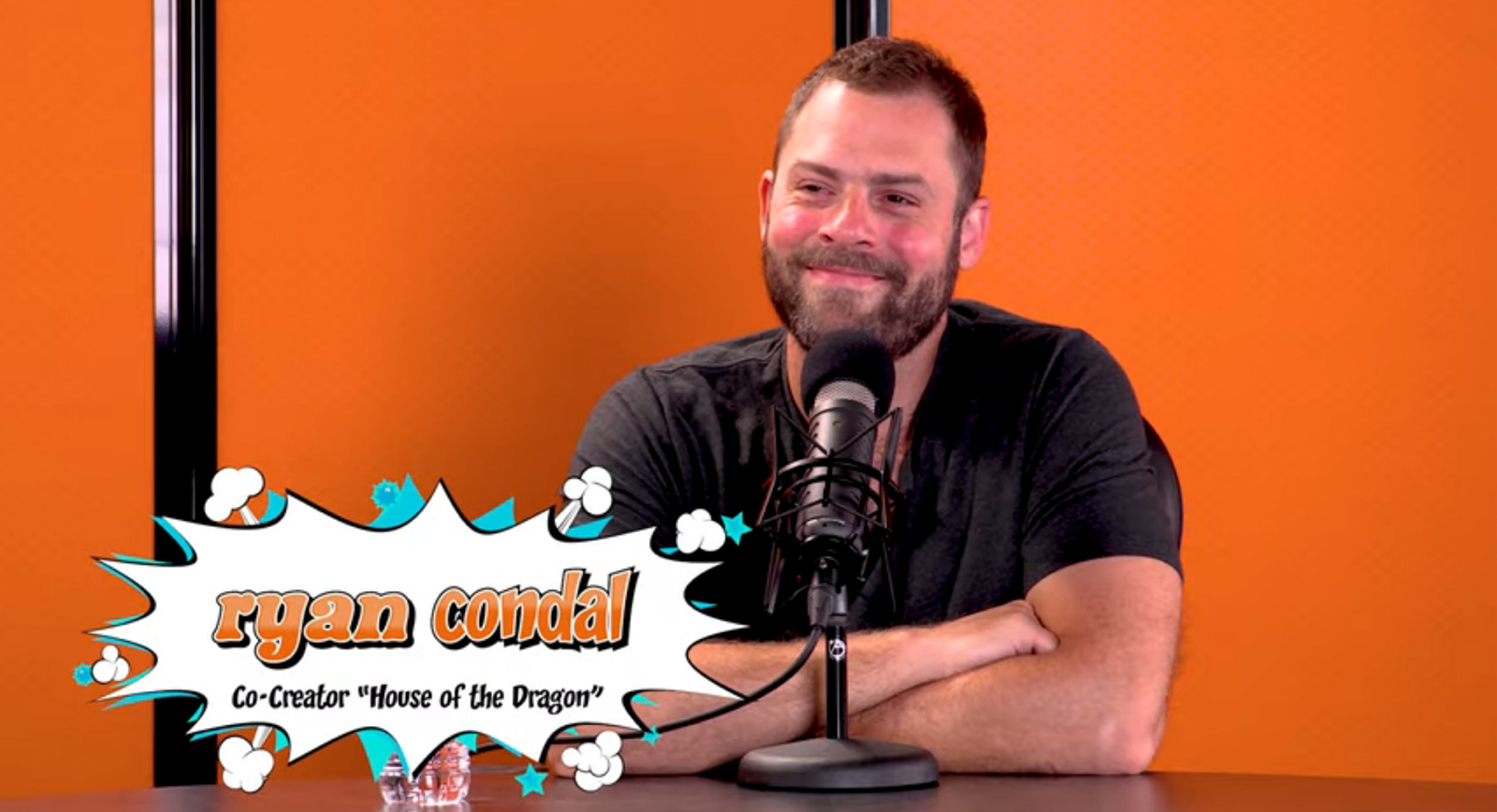 This week’s episode of That Pop Culture Show is now streaming on YouTube. The latest episode features guest Ryan Condal, the Executive Producer and Co-Creator of House of The Dragon (HBO’s upcoming prequel to Game of Thrones) as well as USA Network’s Colony. That Pop Culture Show is a new weekly round table talk show with celebrity guests, collectors and experts talking about and celebrating pop culture.

Join hosts Kody Frederick and Jason DeBord this week as they geek out with special guest, Ryan Condal.

Since we recorded this episode, Ryan and David Mandel (Executive Producer on Veep, Curb Your Enthusiasm and much more) launched their new podcast, The Stuff Dreams Are Made Of, which focuses on movie prop collecting.

In this episode, Ryan talks about his experiences collecting over the years as well as his career as a writer and producer

Check out That Pop Culture Show on YouTube every week, with new episodes debuting on Fridays.

Below is That Pop Culture Show 002: Ryan Condal, Writer & Producer: