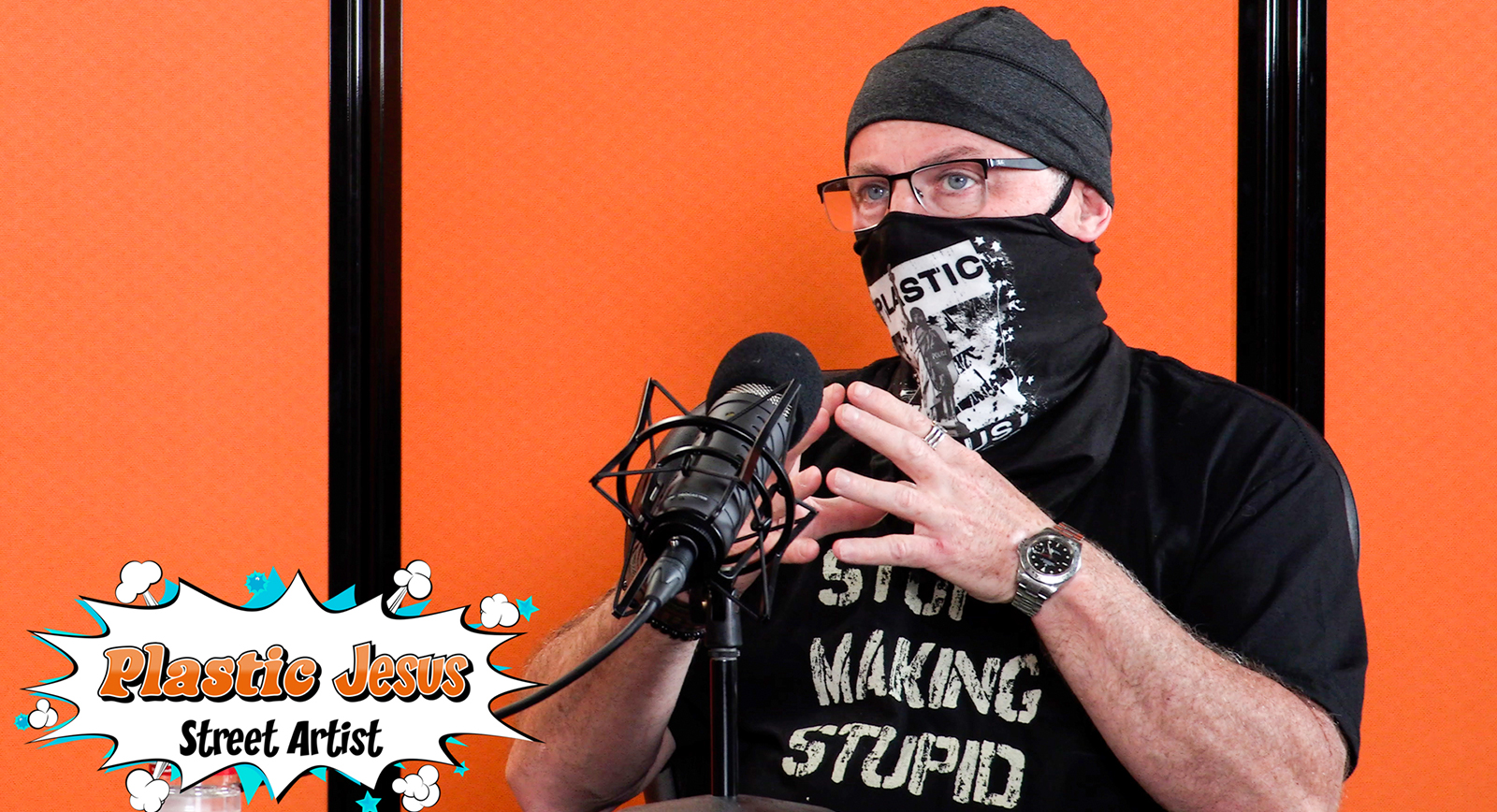 Join hosts Kody Frederick and Jason DeBord this week as they chat with the illusive Plastic Jesus, Street Artist. Called “the Banksy of L.A.” by the Daily Beast, can a charm offensive by Kody and Jason inspire Plastic Jesus to finally remove his mask on camera for the first time and reveal his true identity after years of mystery?

In this episode, Plastic Jesus talks candidly about his work as a street artist and the perils of spraying art on a building at 4:00 am on Melrose, as well as his inspirations and some of his fascinating installations not just in the streets but inside your unsuspecting neighborhood department stores.

Plastic Jesus also talks about his past work as an international photojournalist, including some heart-wrenching real life stories from abroad.

The free-flowing discussion features insights from Plastic Jesus about his fusion of culture, politics, humor, irony and criticism in the form of art.