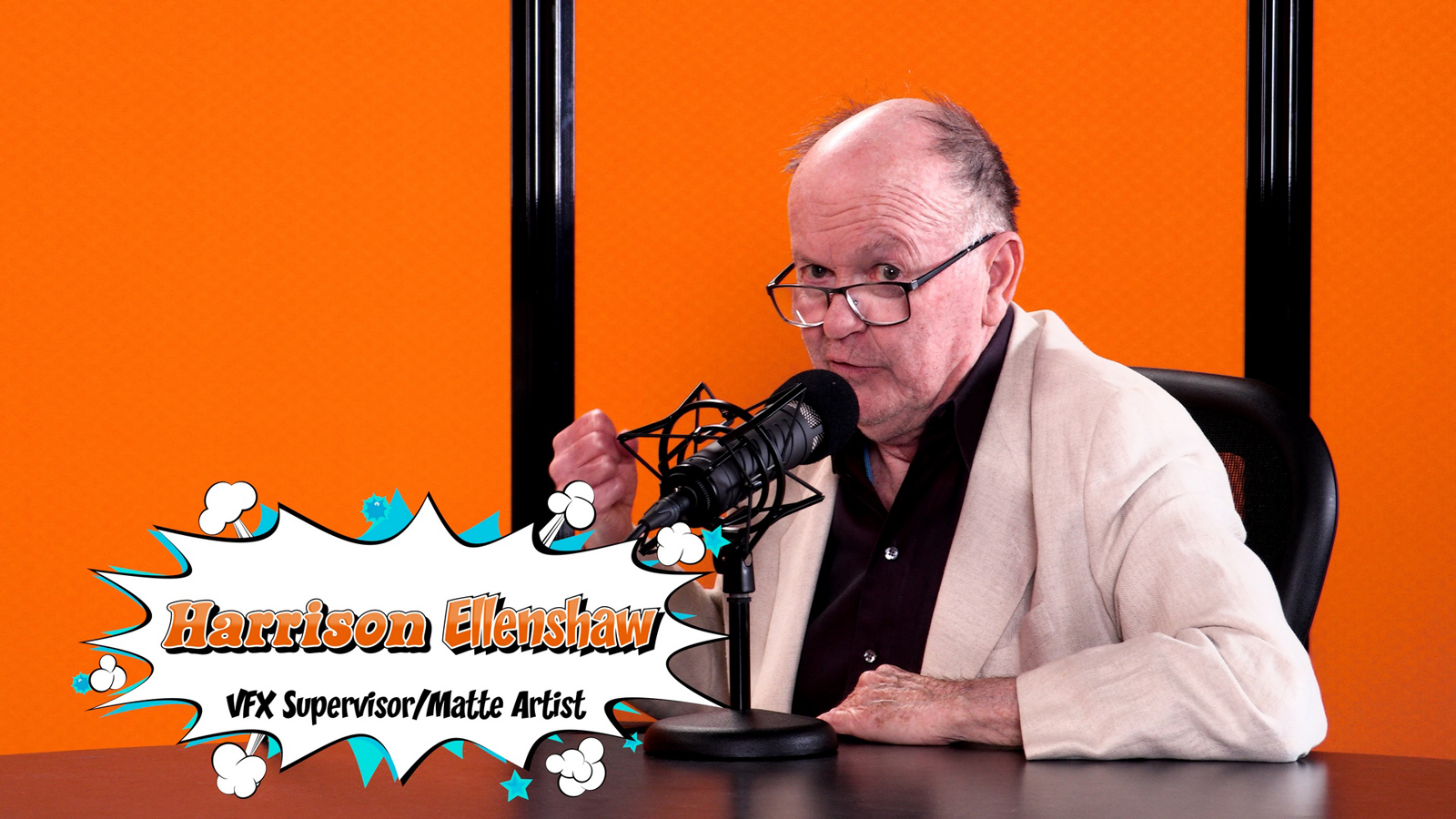 Join hosts Kody Frederick and Jason DeBord this week as they explore the career of Harrison Ellenshaw, VFX Supervisor/Matte Artist.

Harrison began his career as a matte painter with Walt Disney Studios. One of the first films he worked on was The Man Who Fell To Earth (1976) starring David Bowie. He famously went on to join Industrial Light and Magic to create and produce matte paintings and visual effects for Star Wars (1977) and The Empire Strikes Back (1980). He also worked subsequently as the Visual Effects Supervisor on Tron (1982) as well as later for Disney on Dick Tracy (1990).

Harrison’s father also had a legendary career as a matte artist for Disney and the pair were nominated for an Academy Award for their work on The Black Hole (1979).