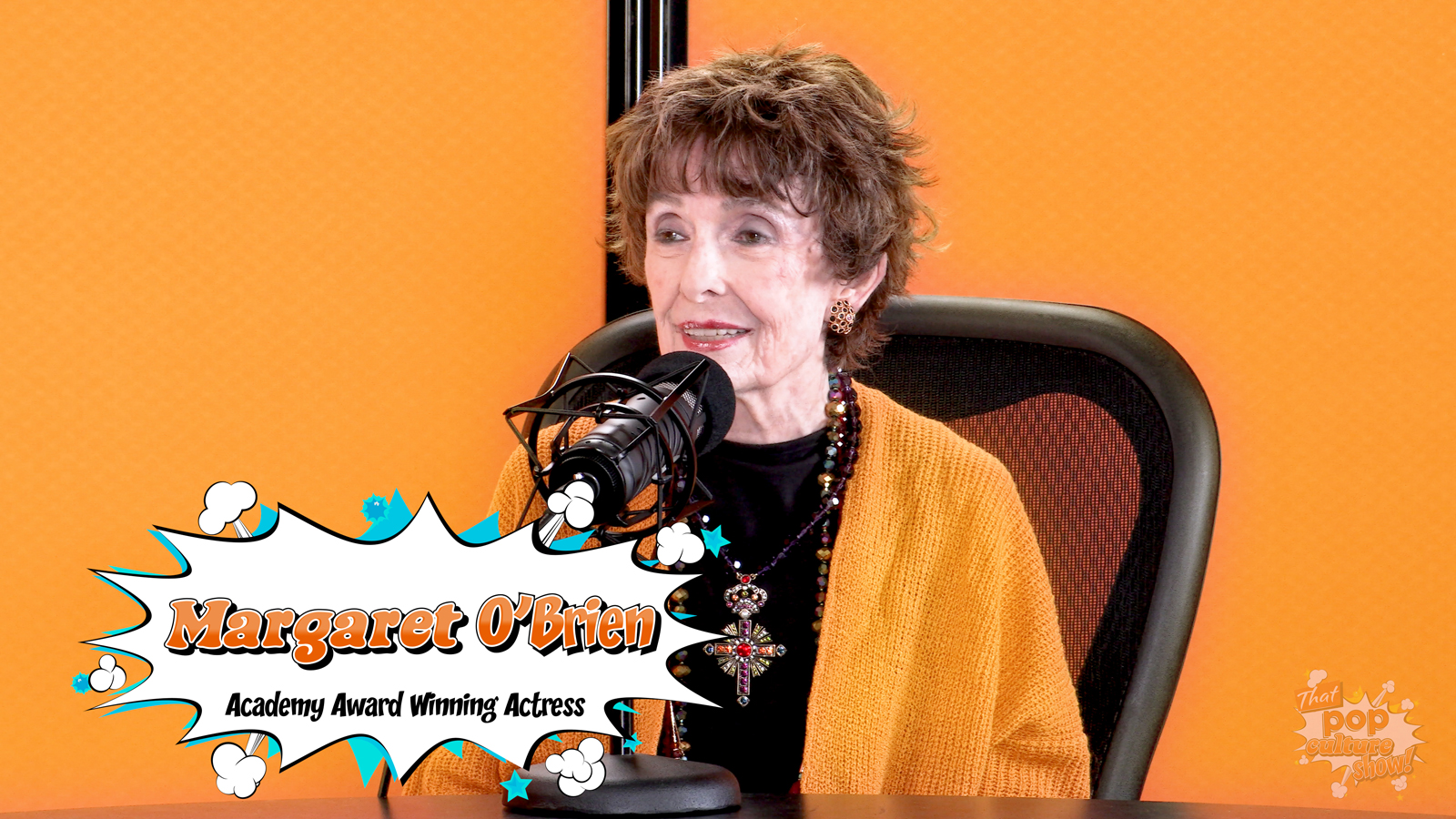 Join hosts Kody Frederick and Jason DeBord this week as they have a chat with Academy Award-winning icon, Miss Margaret O’Brien.

Legendary child star Margaret O’Brien is considered by most film critics and historian to be the greatest “little” actress of all time. O’Brien, a gifted dramatic performer, was one of the most popular movie stars of the 1940s. At age three, she expressed a serious desire to pursue acting while posing for magazine covers for photographer Paul Hesse, and the rest is movie history.

Her film debut was a one-minute scene in Babes on Broadway (1941). Studio executives were amazed at her extraordinary talent and cast her in Journey for Margaret (1942) as the little orphan girl during the war. Overnight, O’Brien soared to major stardom. She was heralded as a “sensation”, a “child genius”, and MGM wisely signed her to a long term contract.

She remained one of the biggest child stars throughout the 1940s, becoming a number one box office attraction. Her unforgettable performance as “Tootie” in Vincente Minnelli’s Meet Me In St. Louis (1944) co-starring Judy Garland earned her an Academy Award and the position of the highest paid entertainer in the country.

O’Brien went out to turn out spectacular performances in classics such as The Canterville Ghost (1944) and Unfinished Dance (1947). Her brilliant work in The Secret Garden (1948) and Little Women (1949) immortalized her to a global audience.

O’Brien masterfully has performed roles in film, television, on stage and over the radio for decades and continues to work today, long after achieving superstar status as one of Hollywood’s cherished icons from the “Golden Era”.