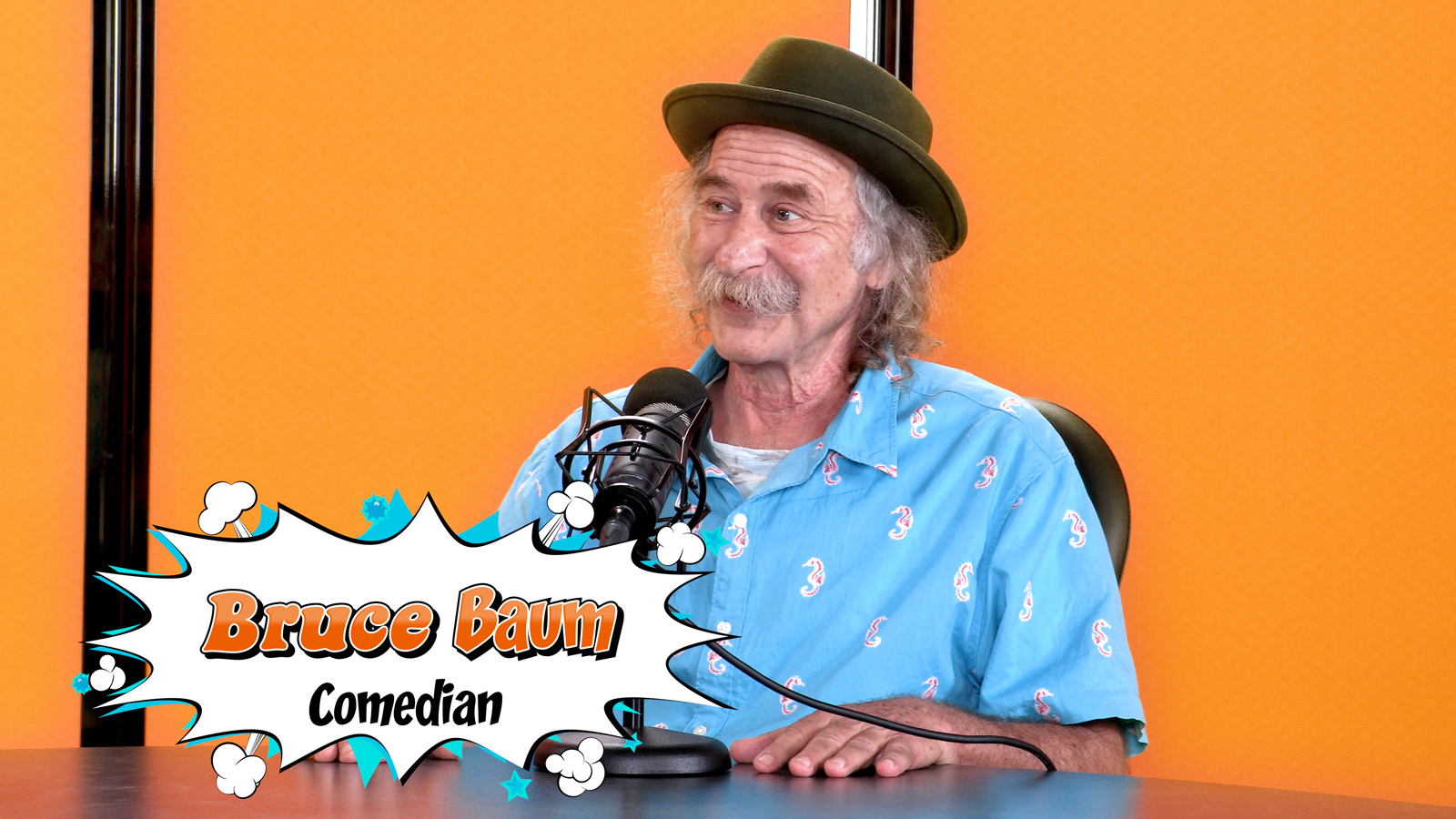 According to the man himself, if it was possible to stuff Daffy Duck, some oatmeal, and Benjamin Franklin into a blender and hit the puree button, one might pour out a helping of Bruce Baum. Unfortunately, we may never know for sure.

After attending UCLA and UC Davis, Bruce was part of a community of comedians at the Comedy Store in the 1970’s that included Jay Leno, David Letterman, Robin Williams, and other icons of comedy, many of whom appeared in his own student films and short films at the time.

Bruce went on to become a sketch comedian on Sunday Comics and Comic Strip Live and then a two year sting on ABC’s America’s Funniest People.

Known for his “Babyman” character, he went on to play him in his film, The Adventures of Babyman: Born To Be Raised.

Bruce has served as a creative consultant on ABC’s Whose Line Is It Anyway?, and appeared as himself on The Simpsons, Hollywood Squares, Full House, Growing Pains, Comedy Central, HBO, Showtime and more.

Through extensive exposure on television, film, radio, and live performances, Bruce Baum has built a solid national audience, headlining regularly in Las Vegas, and top venues (and some not so top venues) around the globe.