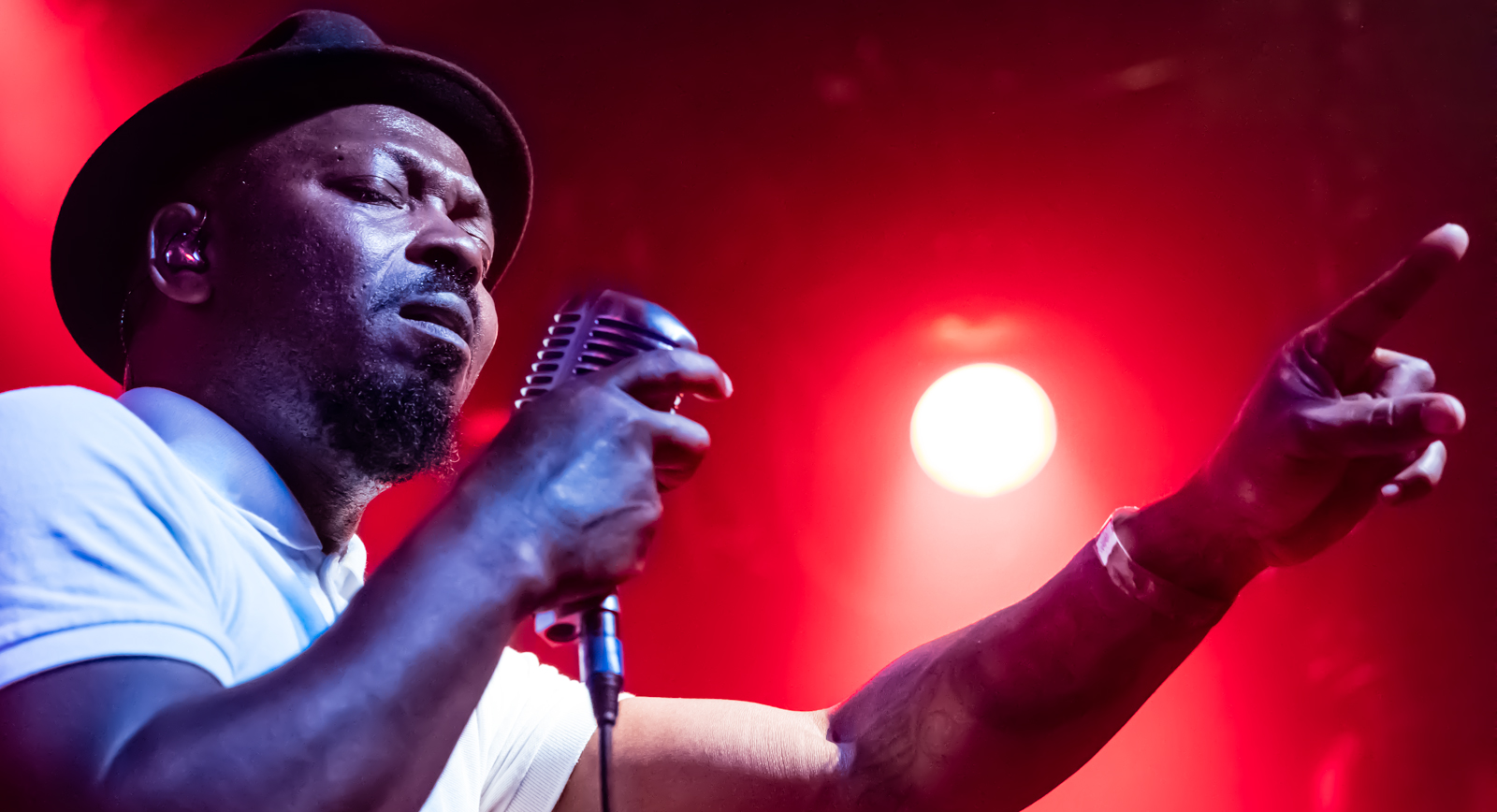 “Seriously.  Seriously?  Seriously?  Shiiiiit…  You guys are sounding so good tonight.  Everything that you joined in with tonight was fucking insane. We wish that we could take you everywhere we went!”  Kelvin Swaby of The Heavy, bringing the sold out crowd at The Independent in San Francisco into a frenzy, leading them into a sing along of “What Makes a Good Man?” – the first of their two punch encore close out, which ended with “How You Like Me Now?”.  I started the show up front and center, with Kelvin just inches away most of the show as he strutted back and forth along the edge of the stage, feeding off of the fans.  It felt more like what you might expect at a Rolling Stones or Aerosmith sports arena show, going by the jumping energy throughout their hour and a half set.  Part retro blues/funk, infused with a garage band sound, the band is led by their crazy charismatic front man and vocalist… they are like a band born to play live to give fans an unforgettable experience.  Fueled by four albums, including Hurt & the Merciless released this month, it was like a concentrated rock and roll vortex was set loose in the venue and none of us quite understood what hit us until it was all over and the house lights came up.  Really one of the best live bands touring today.  A must see.  No, a must experience. END_OF_DOCUMENT_TOKEN_TO_BE_REPLACED