Day 3 of Caprices Festival in Crans-Montana, Switzerland  showcased entirely different styles of music from Day 1 and Day 2, and drew a different crowd as well.  This shows just how dynamic the overall line up is for this festival, to the point where in many cases there is nearly no crossover at all.  Personally, Tori Amos has been the highlight for me thus far, and may remain so for the balance of the 9-day concert event, as she is one of my all-time favorite music artists.  Also of headliner stature, Roger Hodgson – The Legendary Voice of Supertramp – performed as well, and I count his “The Logical Song” as one of my all-time favorites, and it was really a special moment for me to finally see and hear it performed live.  Also performing was Noa, who I was not previously familiar with, but for being first on the bill for The Moon at Caprices, she filled out the capacity of the vast indoor special purpose space quite well.  Each of the three artists actually seemed to turn out their own fan base, as I noticed the crowd shifted from set to set.  All in all it was an awesome night, and that is one of the best performances I’ve seen Tori Amos put on (and I’ve seen her a number of times).

END_OF_DOCUMENT_TOKEN_TO_BE_REPLACED 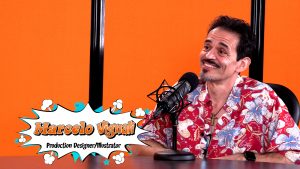