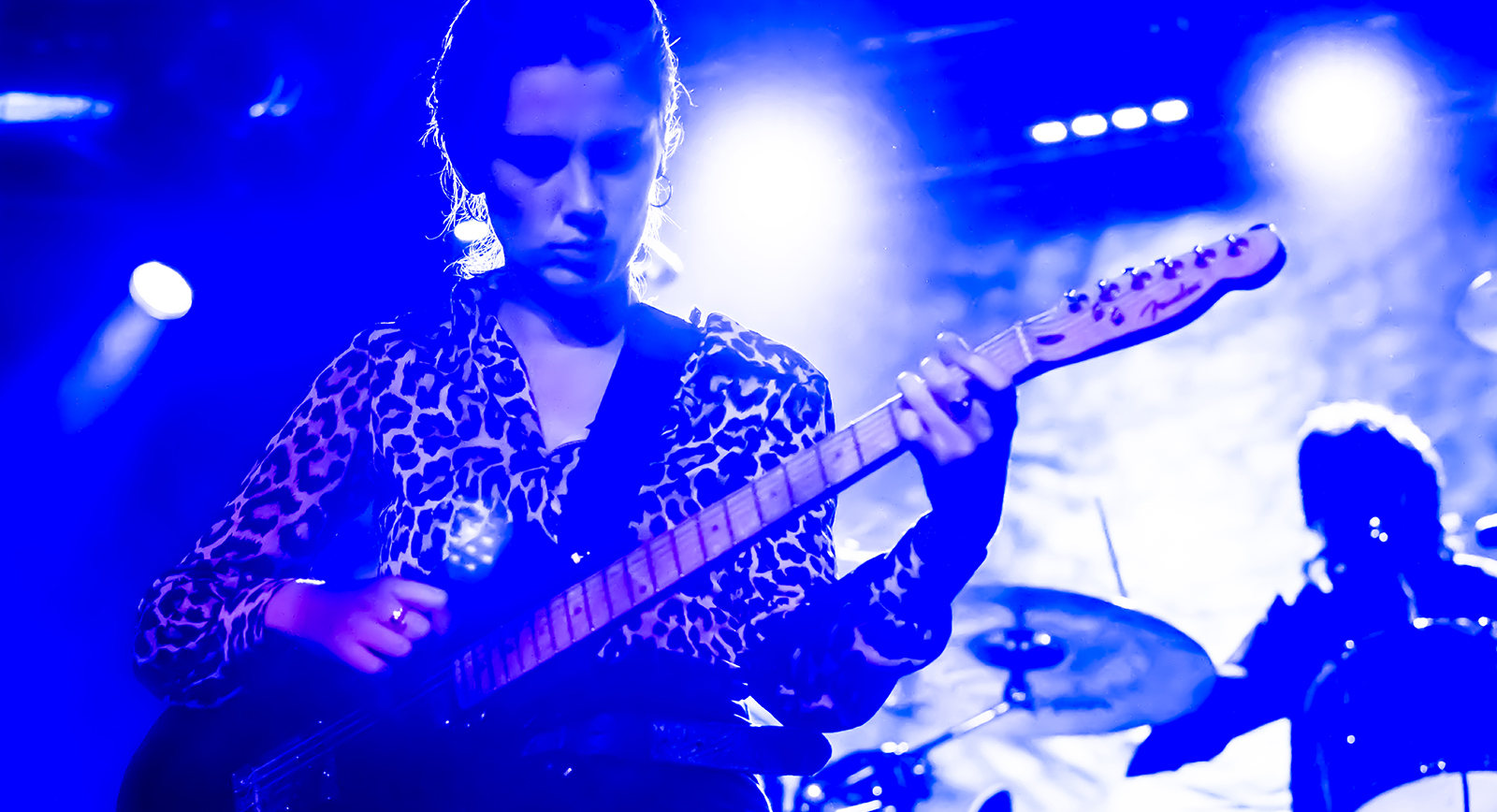 “How we doing out there?” Ellie Rowsell with Wolf Alice at a rare appearance in Sacramento at Ace of Spades Saturday night, a few shows into their massive schedule taking them all over the world in 2018.  In addition to their own headlining shows, they are playing gigs in support of Queens of the Stone Age as well as shows across the festival circuit.  I’ve been following the band since 2015, and now with two studio albums under their belt (sophomore effort Visions of a Life came out late last year), they are better than ever, with a massive amount of killer songs to fill up their sets.  I’ve always seen them as a band made to play live, and they did not disappoint.  This concert will certainly rank among the top at the end of the year for me personally, so I can’t recommend enough getting out to one of their shows if they stop in at a city near you. END_OF_DOCUMENT_TOKEN_TO_BE_REPLACED 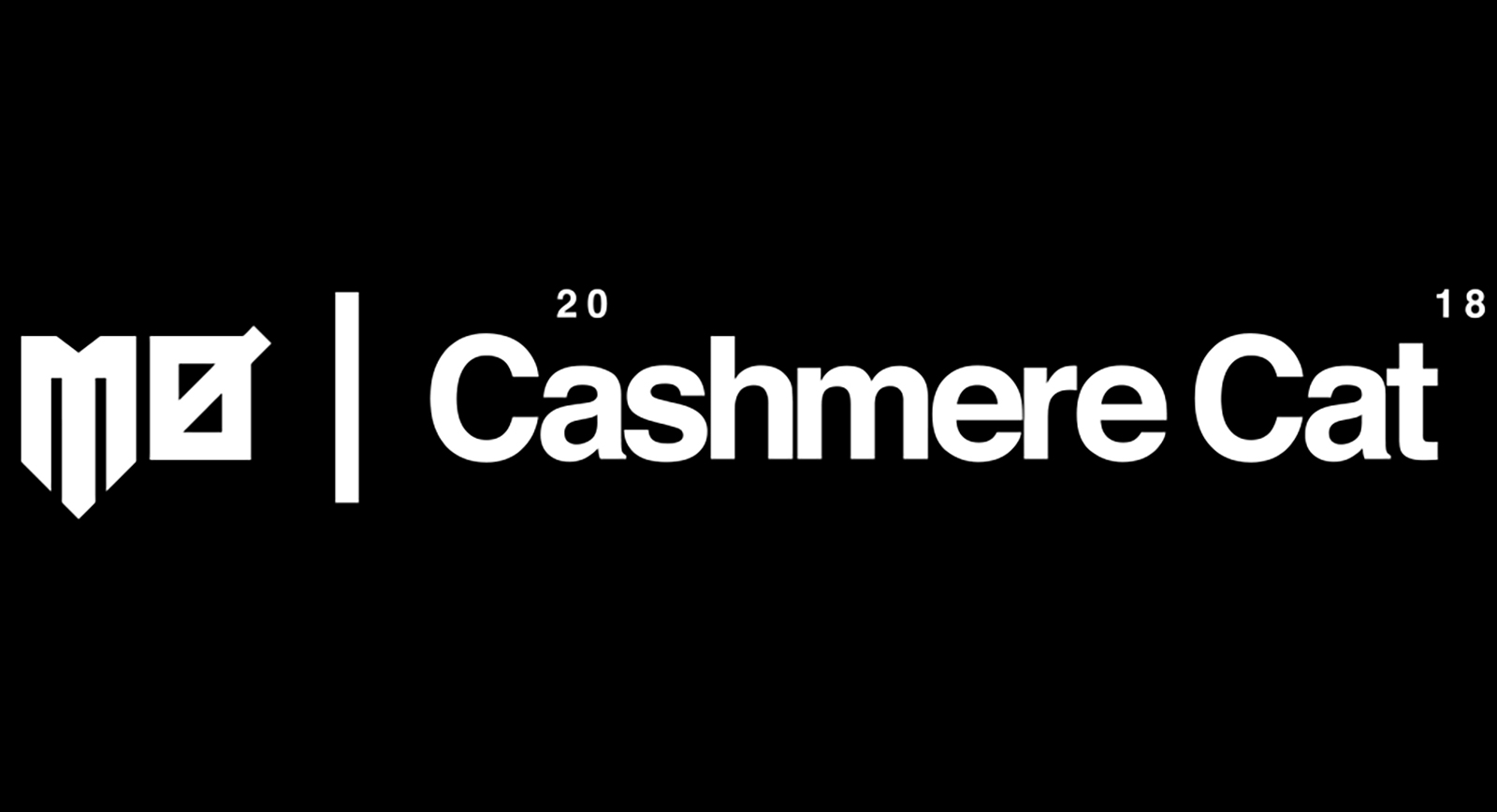 Following up on 2017’s new EP When I Was Young, MØ will be starting her co-headlining North American tour with Norwegian producer Cashmere Cat starting in Montreal on January 20th.  The pair will play 21 dates in January and February. END_OF_DOCUMENT_TOKEN_TO_BE_REPLACED 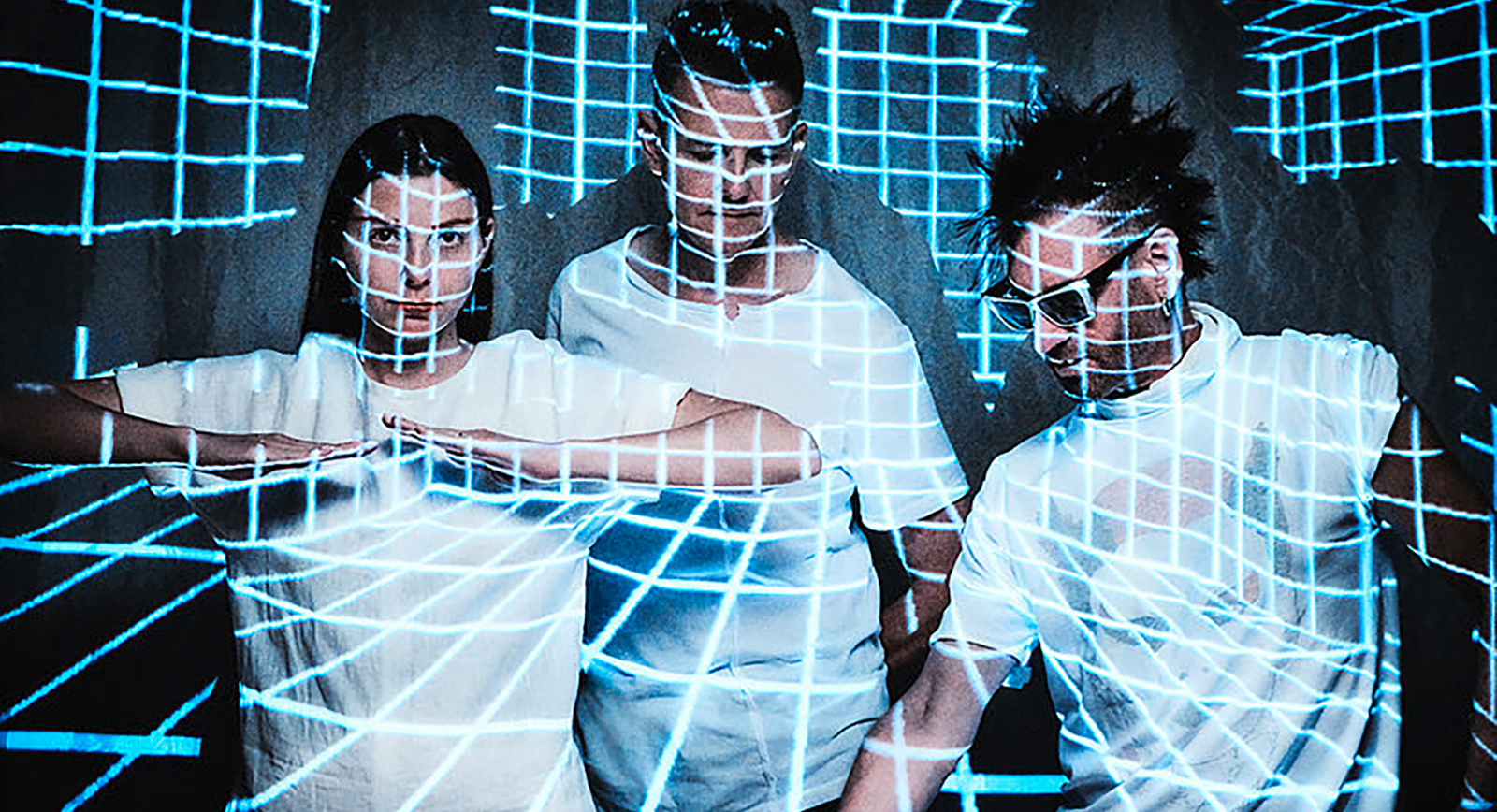 Daniel Ash and Kevin Haskings have formed a new band, Poptone, to perform a series of live dates, including a stop in Sacramento at Ace of Spades on June 6th.  As Poptone, Daniel Ash serves on vocals and guitar, his daughter Diva Dompé on bass, and Kevin Haskins on drums.  Ash and Haskins played together in Bauhaus, Tones on Tail, and Love and Rockets, and are playing music from all three bands in this series of live shows. END_OF_DOCUMENT_TOKEN_TO_BE_REPLACED 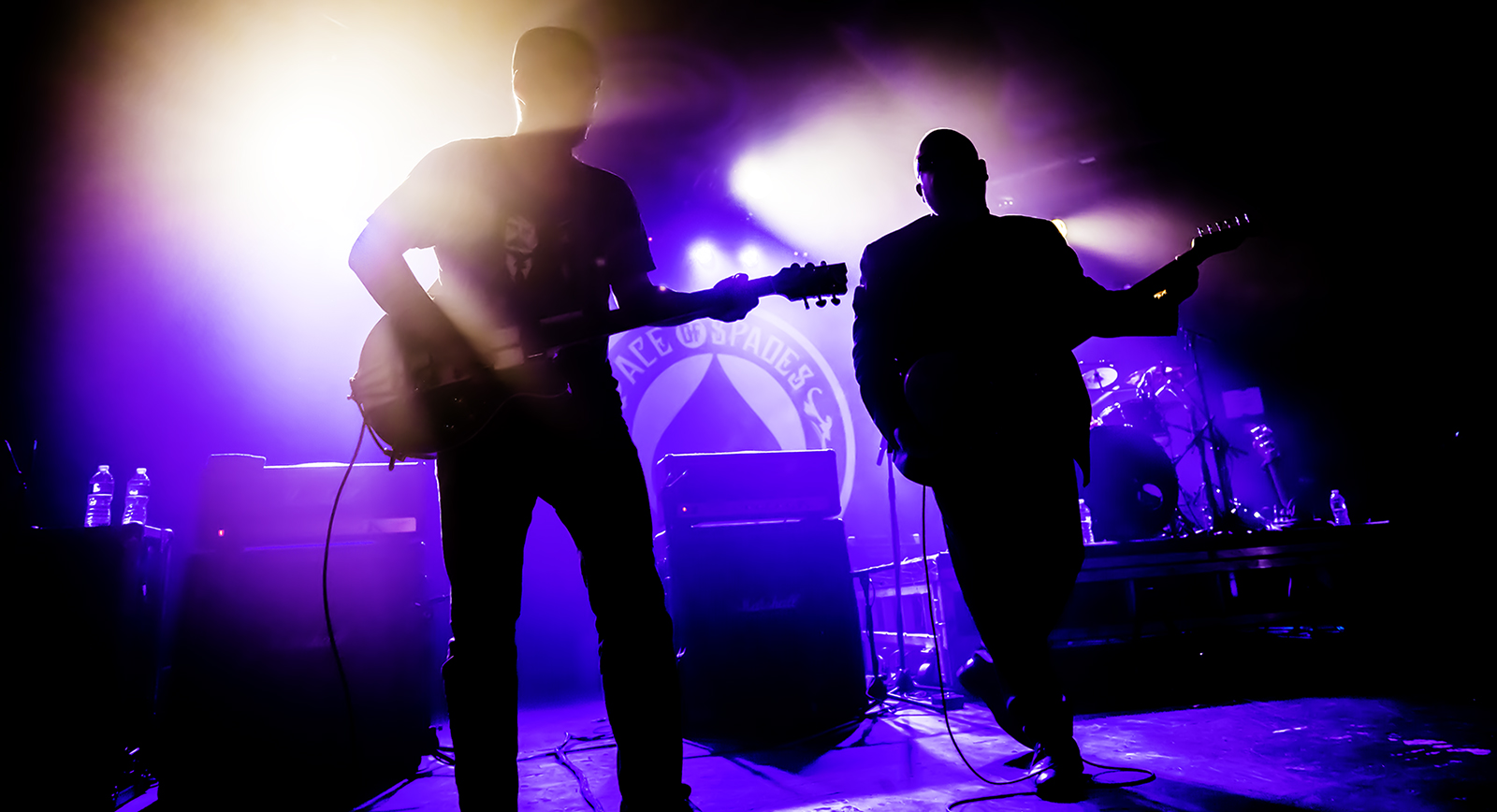 “I try to think about tomorrow, but I always think about the past… about the things that didn’t last… if I could go to the beginning, then for sure I would be another way… make it better for today…”  Pixies (the “loud quiet loud” band) are a quiet band on stage in-between the generally quick songs, so we are left with the music, and the lyrics within, to try to figure out what is going on with them.  It was less than one month ago that they released their sixth studio album – their second without founding bass player and vocalist Kim Deal – and their first with new full-time member Paz Lenchantin.  The new album serves as fuel for this tour, with just four rare dates in Calif0rnia this month as prelude to many shows across Europe, England, Australia and New Zealand, keeping them busy until early next year.  So it was interesting seeing them and hearing some of their new music performed at Ace of Spades in Sacramento on Wednesday night.  The Pixies in Sacramento.  A rare thing indeed.  One of my all-time favorite bands playing in the city where I was born, and where I first saw the band way back in 1990, about a quarter of a century ago.  A different time.  So much has changed, but so much about the band remains the same.  I’ve taken the new album, Head Carrier, for a spin and those lyrics above stuck with me.  Interestingly, the vocals on that particular song are delivered by Paz, who is no Kim soundalike (on vocals or bass), though obviously the message in those lyrics is for Kim.  So the Pixies in 2016 is older, mature, different… and the band is at once both old and new; looking backwards and forwards.  The album sounds quite different from everything that came before (even 2014’s Indie Cindy).  And I think that the sentiments expressed in that song, “All I Think About Now”, kind of sums up this new iteration of the Pixies.  With this live show, the old and the new were mixed together to create a different sort of Pixies show, giving something fresh to both new and old fans alike.  But there are still those songs that carry on and remain classic to those who were with it at the time, in the band’s short-lived first incarnation in the late 80s and early 90s.  The concert was a tribute to that as well.

END_OF_DOCUMENT_TOKEN_TO_BE_REPLACED 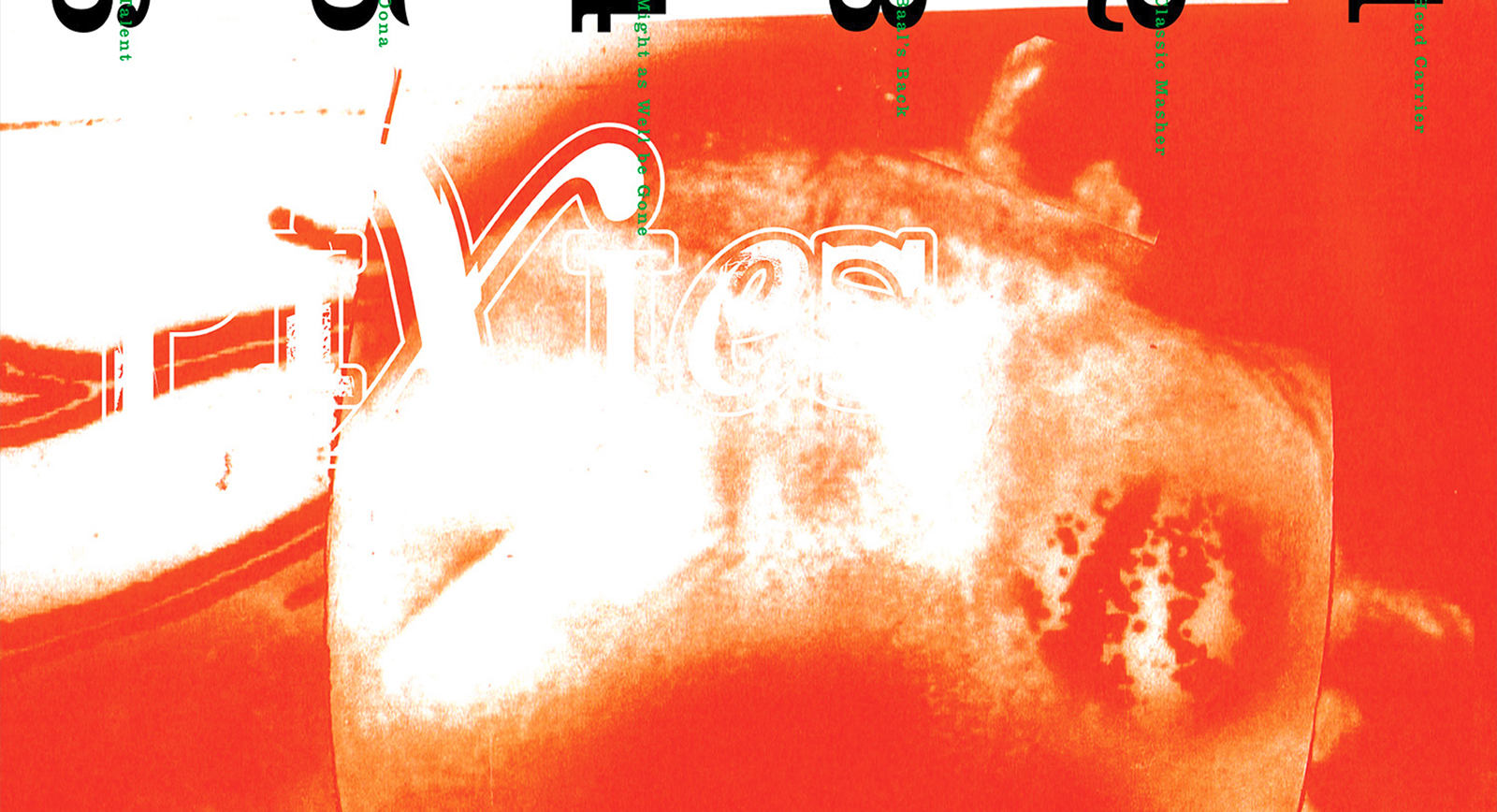 Pixies put out their sixth studio album, Head Carrier, on September 30th.  This is the first album from the band to feature Paz Lenchantin on bass.  Pixies have now announced four shows in California to end this month, before embarking on a tour of Europe, England, and Australia in November, December, and March. END_OF_DOCUMENT_TOKEN_TO_BE_REPLACED 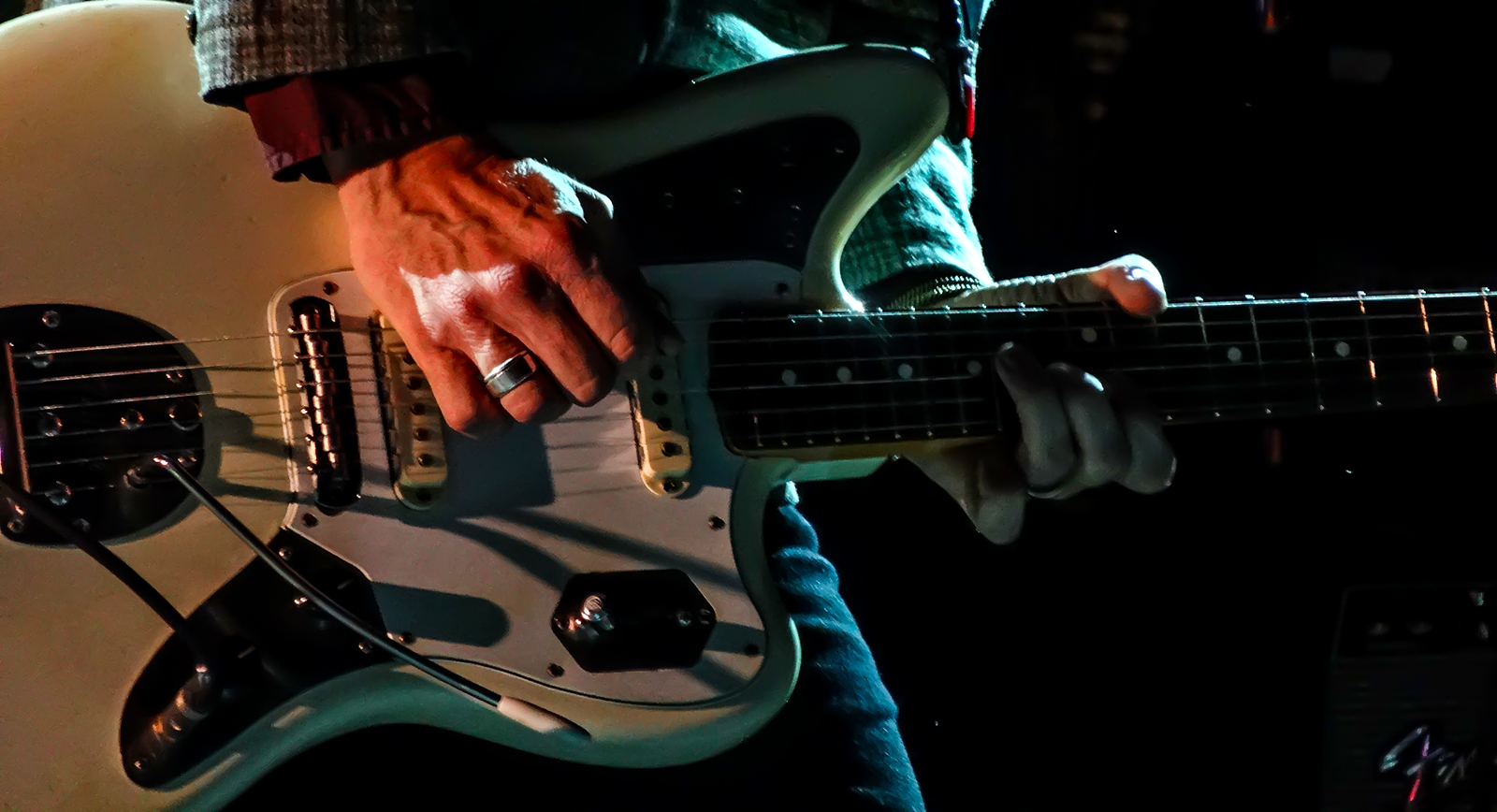 Johnny Marr, singer-songwriter and legendary guitar player, will be kicking off his “California Jam Tour 2016” on February 28th at Ace of Spade in Sacramento.  The English musician will be supporting his latest, a live album called Adrenalin Baby, though he is widely regarded as one of the most important music artists of the past three decades.  Associated with a who’s who gallery of groups, bands, artists, and influencers such as The Smiths, Electronic, Modest Mouse, The Pretenders, Pet Shop Boys, Talking Heads, Noel Gallagher, Kirsty MacColl and more, his live shows promise a lot of electricity. END_OF_DOCUMENT_TOKEN_TO_BE_REPLACED

I recently had an opportunity to see The English Beat at Ace of Spades in Sacramento, for my first concert of the year (on my birthday no less!).  Unfortunately, with all of the cold and flu going around, after shooting the first three songs of their set, I had to bail as my fiancée was under the weather and burning up with fever.  Rather than waste the opportunity to talk about one of the best live bands playing today, I thought I would put up this preview for what they have coming in 2015, with a list of upcoming concerts, a little bit of information about For Crying Out Loud – the new album due early this year – as well as share a few photos taken at the show last week.  Hopefully I’ll have an opportunity to attend another one of their shows soon, and put up a proper feature about it. END_OF_DOCUMENT_TOKEN_TO_BE_REPLACED

“We had a new song come out today…  We got a lot of comments on the site.  You know, people asking us, are we a rock band?  Or are we a folk band?  Are we an electronic band?  The answer is: fuck off!”  Comments from The Airborne Toxic Event’s frontman Mikel Jollett, before kicking into that new song, “Wrong”, toward the end of the initial set at Ace of Spades in Sacramento.  The comment might read as  negative, but their music and connection with the crowd was anything but, with that same signer and guitarist jumping off stage and interacting with the crowd several times throughout their one and a half or so set.  At one point, he even held a young boy in the air, asking (somewhat rhetorically) if he had the coolest mom there, but virtue of his presence.  The band, and supporting act In The Valley Below before them, put on a fantastic show with great music.  They are both certainly worth checking out.  Even Mikel said, at the end, “Every now and then you get to have a night like tonight – I think this is the best show I’ve ever played in Sacramento!”, and I suspect the fans agree.