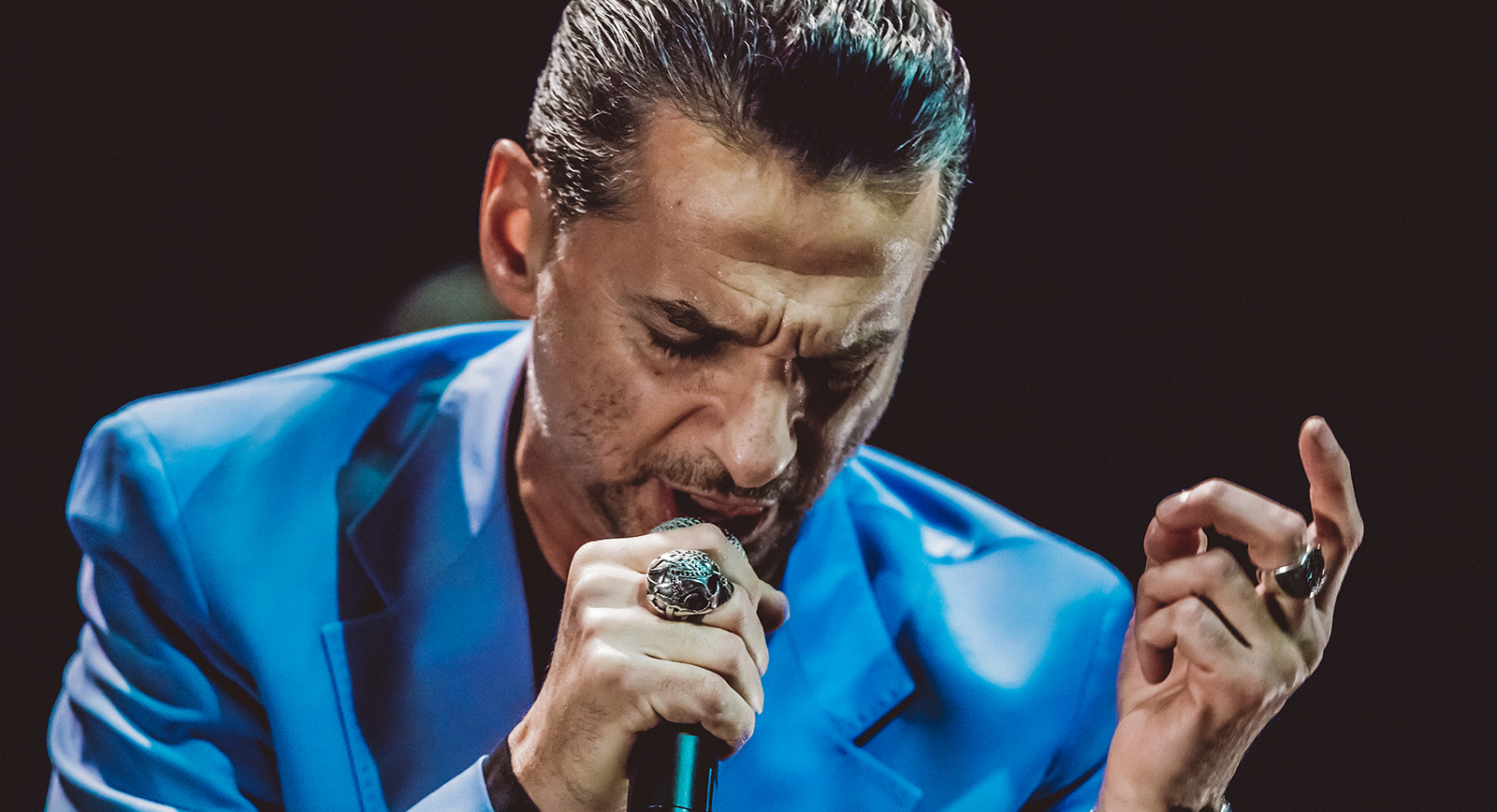 “We’re going to play a few songs now that you might know.  You’ve been very patient; thank you very much.  You also might not know them as well…”  Dave Gahan, bridging the main set of Soulsavers material and their encore, which featured two songs from his first two solo records and two from Depeche Mode’s Songs of Faith and Devotion.  Making his debut performance with Soulsavers, they previewed  the newly recorded material from Angels & Ghosts, which will be released on Friday.  Dave Gahan has reunited for a second album as Dave Gahan & Soulsavers, as well as announced a very limited set of concerts with a 10-piece band at very small and intimate venues in the U.S. and Europe, with this first one happening at The Theatre at Ace Hotel in Los Angeles on Monday night. The album, Angels & Ghosts, is his second collaboration with producer Rich Machin and the tour takes them to New York, London, Berlin, Paris, and Milan.  It all creates a framework to showcase Mr. Gahan’s ability to transcend the work of Depeche Mode into territory that allows him to reveal his own unique gifts, artistry, and vision.  A peek into the soul of a man who is very complex, as well as a foundation with which to truly hear his voice soar to new heights and lyrics that provide real vulnerability.  Decidedly not “a Depeche Mode show”, but a rare experience for fans to see another side of one of the most talented artists of our generation.  Unforgettable.