As reported recently, there has been a lot of news coming from one of my all-time favorite bands, The Pixies, who will be playing four special concert dates in Los Angeles next week at El Rey Theatre and Mayan Theater, with new bass player Kim Shattuck.  Last month The Pixies released one new song (as a free MP3 download) and two versions of a music video of the same (Ver 1, Ver 2).  This week The Pixies have released EP-1, a new 4-track EP with all new material written by The Pixies and recorded at Rockfield Studios in the UK almost a year ago with producer Gil Norton.  They have special artwork for the EP created by Vaughan Oliver.  Full details can be found here: http://newpix.es/ep1 END_OF_DOCUMENT_TOKEN_TO_BE_REPLACED

There has been a lot of news coming from one of my all-time favorite bands in the past two weeks, with the Official PIXIES Statement on founding member and bass player/vocalist Kim Deal’s departure from the band, Friday’s surprise release of a new song, “Bagboy” (with music video and free MP3 download of the track), the discovery that the backing vocals that sound like Kim Deal is actually the voice of Black Francis friend Jeremy Dubs, and tonight the announcement of Kim Deal’s replacement (Kim Shattuck from The Muffs) and a new World Tour with dates in Europe and the UK. END_OF_DOCUMENT_TOKEN_TO_BE_REPLACED

15,000 hardcore Muse fans showed up at the Royal Horse Guard’s Parade in London, England last night for a special one-off concert promoting the premiere of Paramount’s new film, World War Z.   As fans waited for the expected partial show (rumor was about half an hour of actual performance), we were shown the same movie trailer over and over and told that Brad Pitt would be appearing on stage before us.  Well, he never did appear (apart from some silent footage on the jumbo monitors from the red carpet), but I don’t think the Muse fans could care less, as the usual opener to their shows was modified with some footage from the film, and after those few moments, it was pure Muse (not “Muze”, as the marketing department for the film would like us to believe).  Being from the U.S., the awesome setting amidst historic London buildings and the awesome crowd certainly was not lost on me.  The energy was as palpable as the heat wave surging into the audience from the pyrotechnics above the stage.  But the real power came from the band, who have grown into being one of the best acts touring today, with real anthemic music that stirs the crowd into a fist-pumping frenzy.  They ended up playing maybe just under an hour, but I’m certain that they satisfied all who turned out for the special free show, most of whom turned out for the two shows at Emirates Stadium and seemingly universally declared them the best Muse concerts ever.

END_OF_DOCUMENT_TOKEN_TO_BE_REPLACED 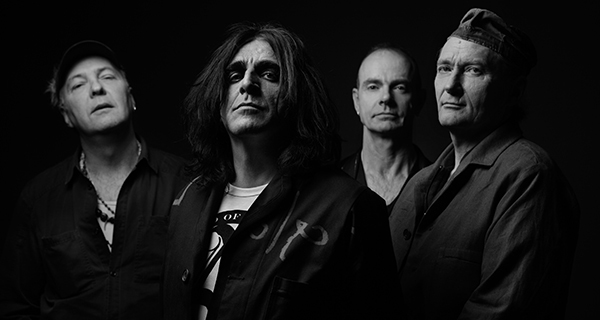 Live Nation has provided Rock Subculture Journal with a pair of tickets to Killing Joke’s April 19th concert at Irving Plaza in New York City to give away to one of my readers.   The show in New York is their first U.S. date and one of just a handful of shows announced for this tour.  One winner will be selected at random to receive two (2) general admission tickets to the show, which is part of their world tour currently underway.  END_OF_DOCUMENT_TOKEN_TO_BE_REPLACED

As reported in my review of the Jane’s Addiction concert in Davis, California last month, Maestro Dobel Tequila has partnered with Perry Farrell to give away the latest Jane’s Addiction album, The Great Escape, via download from their official site.  In addition, they have produced a new video featuring Perry Farrell talking about the end of their latest tour, and are sponsoring the give-away of some free swag, including the new book from photographer Danny Clinch.  Follow the jump for details on all of the above, including a chance to win the exclusive book (not on sale anywhere) with photos of Perry Farrell. END_OF_DOCUMENT_TOKEN_TO_BE_REPLACED