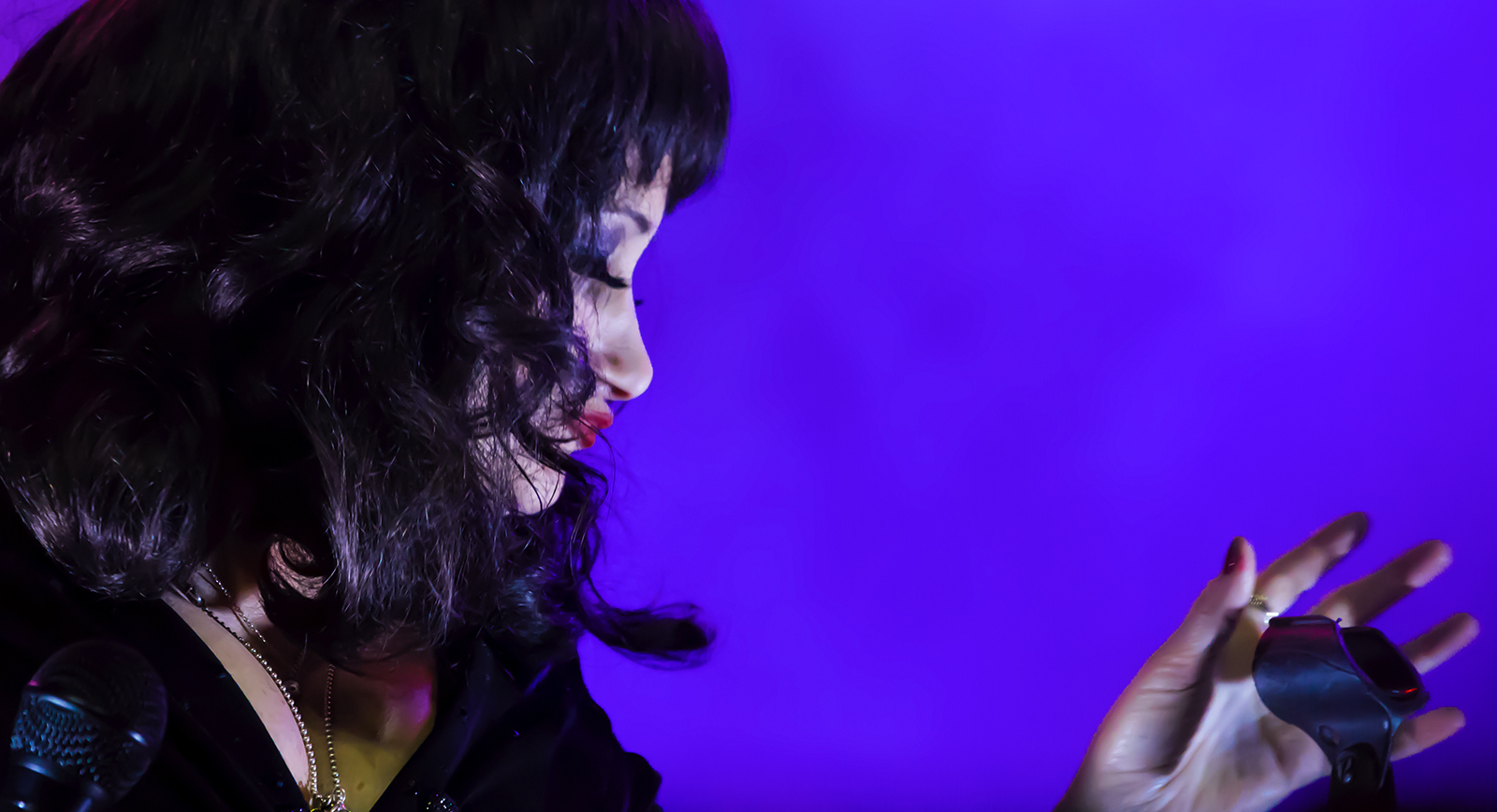 “I guess we just wanna reinforce our message of hope and new beginnings; because anything can happen, hopefully…”  Susan Ottaviano speaking on behalf of her and her bandmates and a full reunion of Book of Love as preface to “Happy Day”, one of the bright and shiny songs off of their self-titled 1986 debut album.  Their music is in stark contrast to a lot of the self-perpetuating negativity permeating our culture today.  The band seemed to have more of an attitude about shaping the future by painting a picture of what they wanted it to be, rather than engaging in conflict.  Maybe they were onto something that might come around again someday?  Optimism is powerful.  And San Francisco turned out for a healthy dose of it Sunday night at a sold out show at the DNA Lounge… to be part of this special concert engagement in which all four members of Book of Love performed together, with not just the original hits but new music too, in celebration of their 30th anniversary last year. END_OF_DOCUMENT_TOKEN_TO_BE_REPLACED 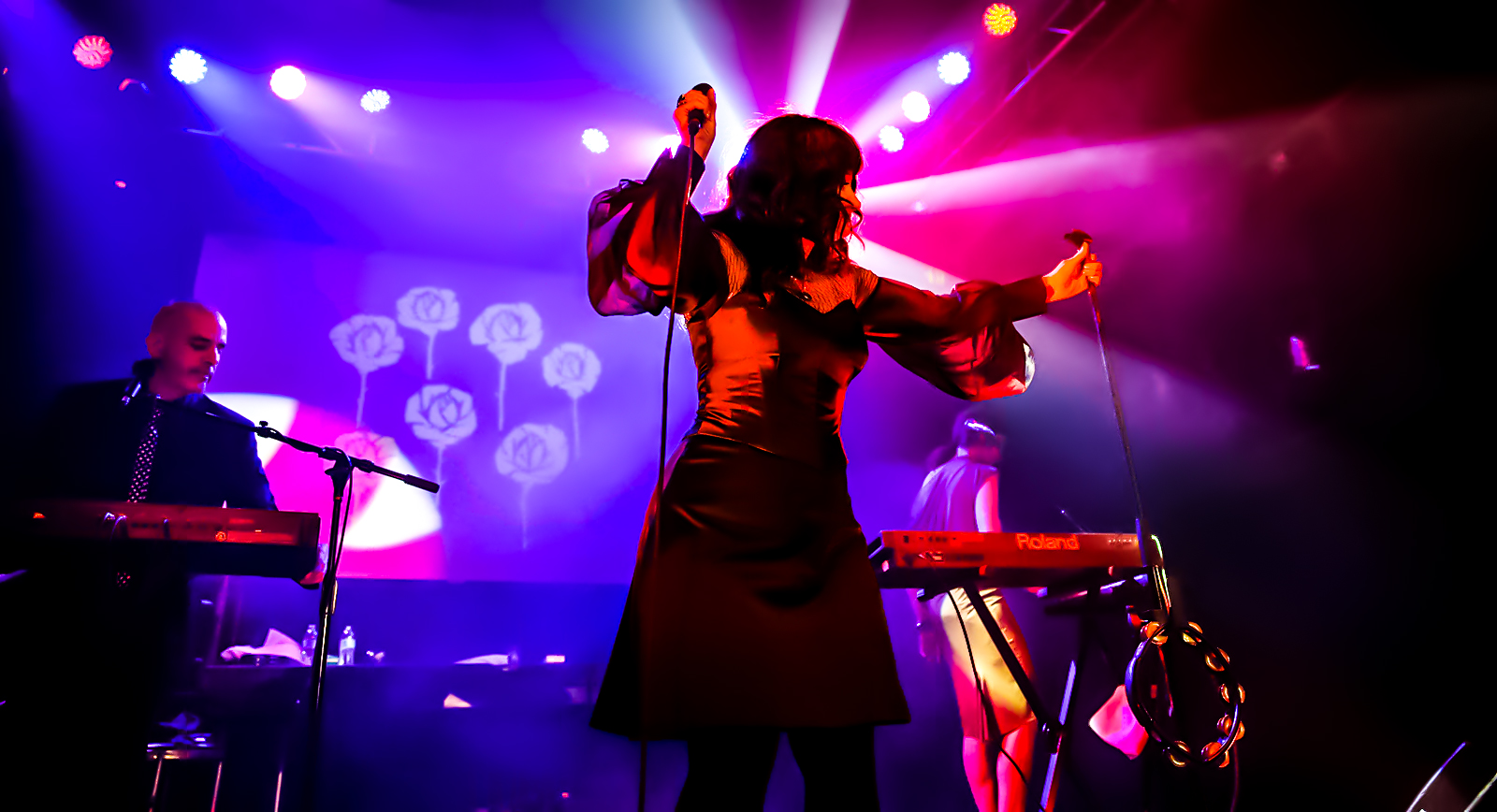 Book of Love continue to celebrate their 30th anniversary with two upcoming special concert dates in San Francisco and Houston this month featuring all four members: Ted Ottaviano, Susan Ottaviano, Jade Lee and Lauren Roselli.  The two “reunion shows” will be held at Numbers in Houston on February 18th and at DNA Lounge in San Francisco on February 19th.  END_OF_DOCUMENT_TOKEN_TO_BE_REPLACED 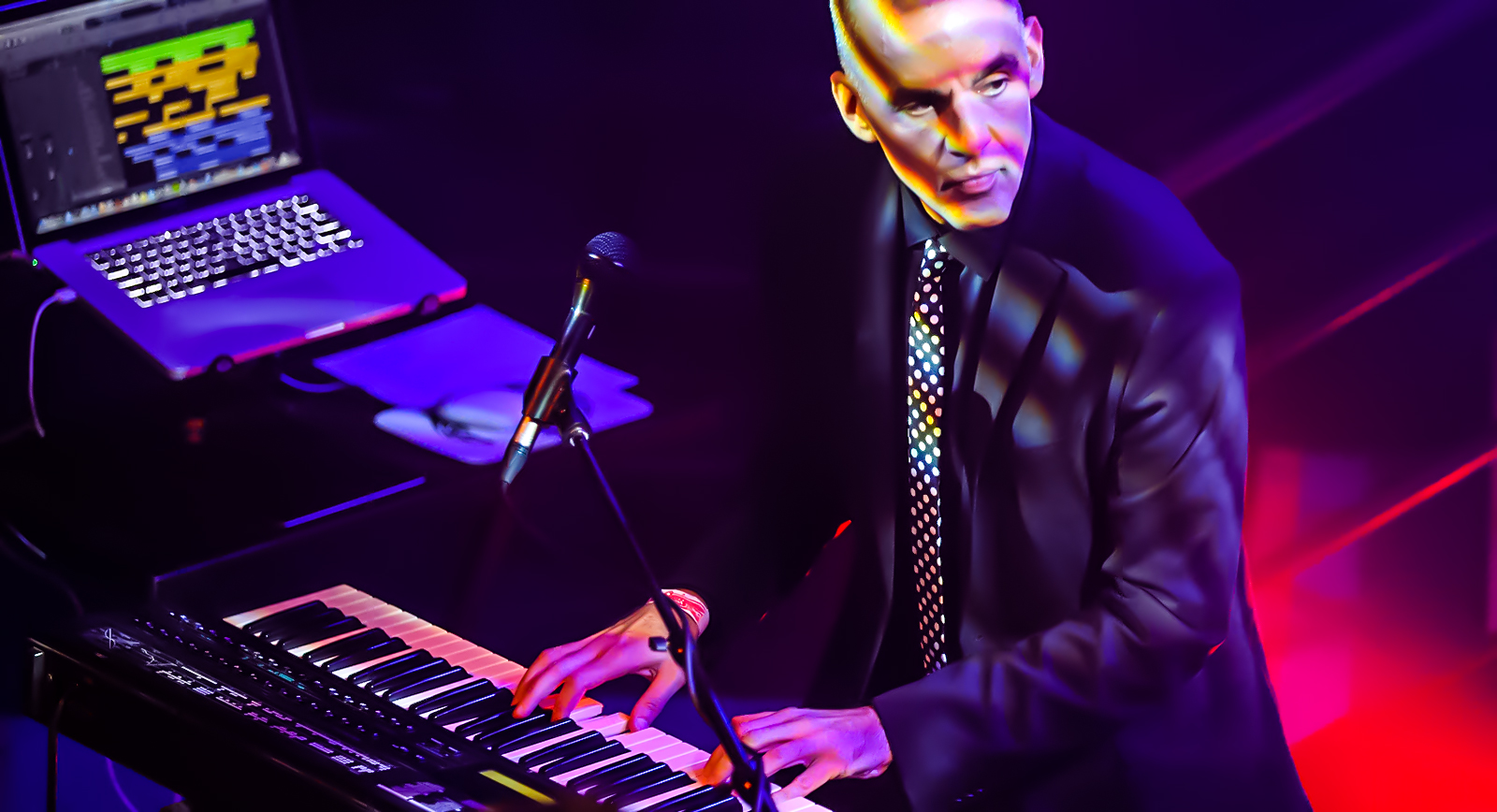 END_OF_DOCUMENT_TOKEN_TO_BE_REPLACED

“This is actually the first song we ever wrote…  do you remember your first time?”  Susan Ottaviano, vocalist for Book of Love, providing her introduction to “It’s in Your Eyes” halfway through their set at DNA Lounge in San Francisco last night, one stop in a handful of California dates this month.  The New Wave synthpop band from Philadelphia, which was formed more than 30 years ago, have started working together and recording together again, and these special concerts are a part of that rebirth for the group.  Based on the packed nightclub and enthusiasm of the crowd, they are not forgotten, and there was a large fan base in attendance, many of whom traveled special for the relatively intimate show.  As the style of music that they helped to develop back in the 80s gains in popularity today, it is exciting to see the band active and killing it on stage as if they’ve been active all along, rather than reuniting.  Hopefully it will mark the start of more to come.

END_OF_DOCUMENT_TOKEN_TO_BE_REPLACED

This article features the latest in an ongoing series of “Rock Talk” podcast audio interviews for the Rock Subculture Journal. Today’s guest is Susan Ottaviano with Book Of Love.  The pioneering New Wave favorite from the 80s and early 90s will be releasing some all-new music later this year and will be playing some special live concert dates in California in October.

END_OF_DOCUMENT_TOKEN_TO_BE_REPLACED

Principal 80s New Wave, synthpop, and dance music innovators Book of Love will be playing some special concert engagements in California in October, performing headlining shows at the DNA Longue in San Francisco and New Wave Bar and That 80s Club in Southern California.  A favorite of those genres, they will be bringing their special mix of music to the stage, playing favorites such as “I Touch Roses”, “Boy”, “Modigliani (Lost In Your Eyes)”, “Pretty Boys and Pretty Girls” and more.  These rare live appearances at intimate clubs will likely be some of the best shows of the year for fans of New Wave music. END_OF_DOCUMENT_TOKEN_TO_BE_REPLACED