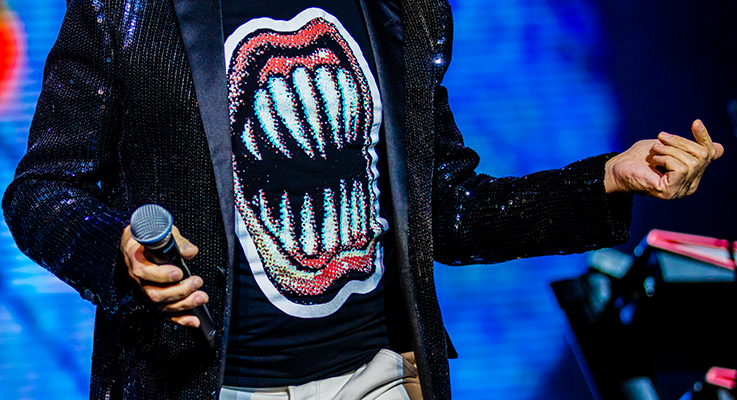 “So we’re really at the very beginning of a tour that will probably go on for a year and a half… and we’re just starting to kind of realize the kind of appetite and love that is out in the world for Duran Duran… It hasn’t always been like this; you know we’ve been around for 35 years… We have a great job that we love doing…”  Simon Le Bon of Duran Duran at The Grand Theatre at Grand Sierra Resort and Casino in Reno, Nevada on Friday night… taking a moment to express some gratitude to the sold out crowd before performing one of their most popular songs (not from the 80s), “Ordinary World”.  Supporting their 14th studio album, Paper Gods, which Warner Bros. Music released this month, the setlist for this tour is a good representation of the phenomenal music Duran Duran have released over the past four decades.  But with less than two hours to perform, the show only scratches the surface of their brilliant catalog of music.  With founding members Nick Rhodes on keyboards and John Taylor on bass, along with Roger Taylor on drums and Simon on vocals, the group have ties working with one another that goes back to the start, and they still make up the core of the band, with each contributing greatly to their signature sound.  A lot of bands who have been around for a long time and have a strong association with a certain period or era become resentful of that, and some view their most popular songs with disdain – as if those hits are anchors holding them down rather than stepping stones that helped to propel them forward into world.  Some other bands even refuse to perform their most popular hits live for their fans (see: Radiohead).  Duran Duran are the opposite.  Not only are they mindful of their own history and cognizant of what fans love to celebrate, but they appear happy to celebrate it right along with those of us in the audience.  Duran Duran has always been about the past, the now, and the future, somehow all at the same time.  I guess it goes back to that “great job” that they “love doing”, which is quite a modest take on creating some of the songs that are included in the soundtracks to the lives of people of my generation.  As far as their concert tours go, they always bring some of that “new” with them with each tour, and this one is no different.  From a healthy sampling of the new songs as well as new takes on older ones, they remind us all that they are accomplished artists with the ability to not only recreate that sublime studio sound, but also breathe vibrancy into it for how it all comes together on stage, in both sound and visuals.  And somehow the guys appear timeless themselves, as they seem to defy the gods (paper or otherwise) and never appear to age year to year… the principals all look 10 to 20 years younger than they should, which contributes to the feeling of being part of an event that could be happening in the past, present, or future.  At certain points during their live set, you could squint a little and travel back in time to the 00s, 90s, and 80s.

END_OF_DOCUMENT_TOKEN_TO_BE_REPLACED 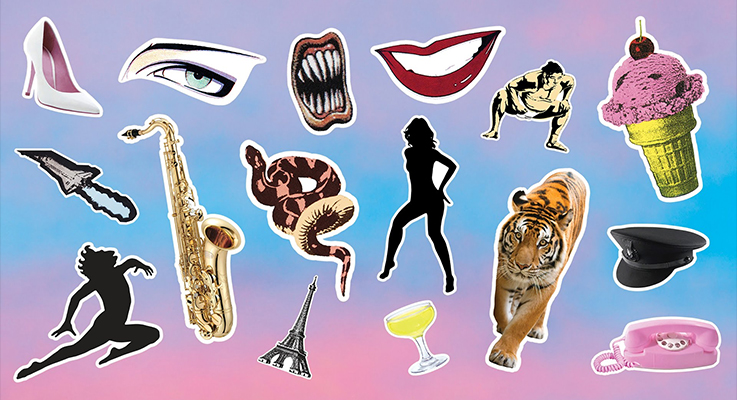 Today happens to be Duran Duran Appreciation Day (#DDAD15), so it seems like an opportune time to make note of their upcoming set of North American concert dates as well as the new album, Paper Gods, due September 10th.  Their 14th studio album and the first in almost five years, it is being produced by the legendary Nile Rodgers, Mark Ronson, Josh Blair, and Mr Hudson.  It will fuel a new set of shows, including their first appearance at venues such as the Hollywood Bowl and Red Rocks Amphitheatre. END_OF_DOCUMENT_TOKEN_TO_BE_REPLACED