“We did something rather foolish here…” Black Rebel Motorcycle Club’s Robert Levon Been, reminiscing about a past performance at the historic Fillmore, in San Francisco where the band was born.  A fitting venue from which to launch their North American tour last night, supporting the new studio album, Specter At The Feast.  Robert never came back around to explain their past foolishness, but there is always a bit of mystery about this band and their music, as well as a genuine politeness, on and off stage.  In any event, Robert and co-singer/guitarist Peter Hayes and drummer Leah Shapiro did not hold back at all with their overpowering sonic performance; a virtually non-stop set clocking in at about two hours and fifteen minutes.   The hard rocking band only slowed down a little for a few acoustic numbers in the second half of the show and at the end, and later with the encore and set closer, “Lose Yourself”, which played out in a way that felt as if the building were unwinding itself like an overspun vintage pocket watch, beat by beat, with minimalist yet powerful drums that even improve on the studio recording.  But I’ve learned to expect the unexpected with this band, who take their live sets to levels only dreamed of by other artists.  It was one of those shows that felt like a special one, and I can’t imagine a better way for them to kick off what is likely to be a stellar tour.

END_OF_DOCUMENT_TOKEN_TO_BE_REPLACED 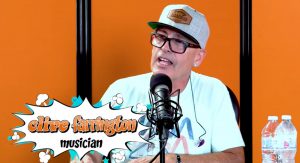