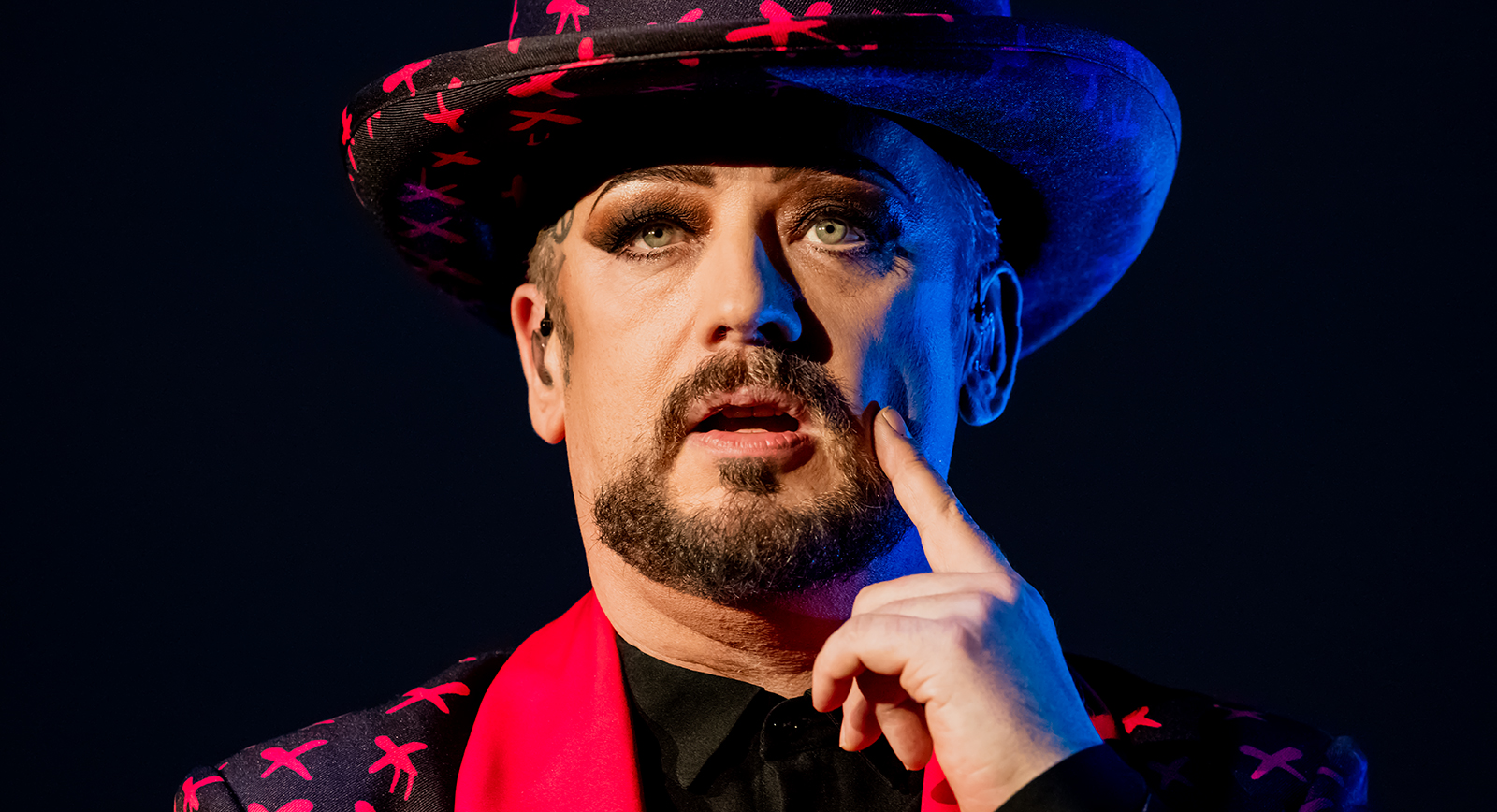 “So, basically Culture Club makes happy sad music.  If you’re a Gemini, you don’t need that explained.  If you’re a Libra, I can’t help you.  Hands up for the Geminis!  You’ve got to use two hands if you’re a Gemini, because there’s always two of you.  What’s that saying?  ‘Roses are red, violets are blue, I’m schizophrenic, and so am I.’  That’s the Gemini mantra.  So we do these happy sad songs.  Dancy rhythms, melancholy sounds, mixed together…”  Boy George explaining Culture Club in a way that only he could…  an interesting insight into the band and the man who proudly stood out in front of it (as well standing for many other things) throughout the first half of the 1980s.  All in preface to the song, “Move Away”, which was the lead single to their fourth album, From Luxury To Heartache, an album title which nicely dovetails into what he was explaining, as well as illustrative of that early trajectory of the band in it’s first life…  It all ended far too early when they broke up in 1986 following the release of that album and that lead single, which would be their final entry into the U.S. Top 40 charts.  The light that burns twice as bright last half the time and all that…  But life is a funny thing.  Fast forward thirty years (!), and there on that stage at Thunder Valley’s Outdoor Amphitheater in front of thousands of jubilant fans on Friday night was Boy George and the original members of Culture Club – Roy Hay, Mikey Craig and Jon Moss – and I can’t imagine them being any more happy or in sync with one another musically and with their live performance.  And, it would seem, the impossible journey each took to get them there made it all the more sublime.  Joyfully playing those now classic songs of happy sad music.  A potent chemical reaction of letting soul and reggae out to play with all manner of other music genres, bending and twisting and dancing with new wave, country, pop, funk, rock, R&B, and even church music, to create something altogether unique but unified in that wicked sort of Gemini manner…  The genius of Boy George, and his bravery in always being uniquely himself and forging new paths for others to follow.  Definitely one of the best tours of 2016, one of the most important New Wave bands (who helped push those loose boundaries within that broad musical movement), and a band fronted by one of the most interesting figures in pop culture in modern times. END_OF_DOCUMENT_TOKEN_TO_BE_REPLACED

END_OF_DOCUMENT_TOKEN_TO_BE_REPLACED

Late last night and into this morning at King King in Hollywood, Information Society played a special one off gig in the U.S.; the only scheduled show here for 2012 and their first live performance since 2009.  The band leaves for Brazil this morning to play a number of concerts there this month, and those who make those shows will likely be as thrilled to see the band as the fans here in the Los Angeles area.  It was a fantastic show and the group sounded as great as they ever have, and it was a thrill to see them perform.  It was a great crowd of dedicated music fans and the band obviously had a ton of fun playing in this intimate venue.  Epic night. END_OF_DOCUMENT_TOKEN_TO_BE_REPLACED